This was only Carolina Marin's second tournament since her comeback from a career-threatening injury that she suffered in January. 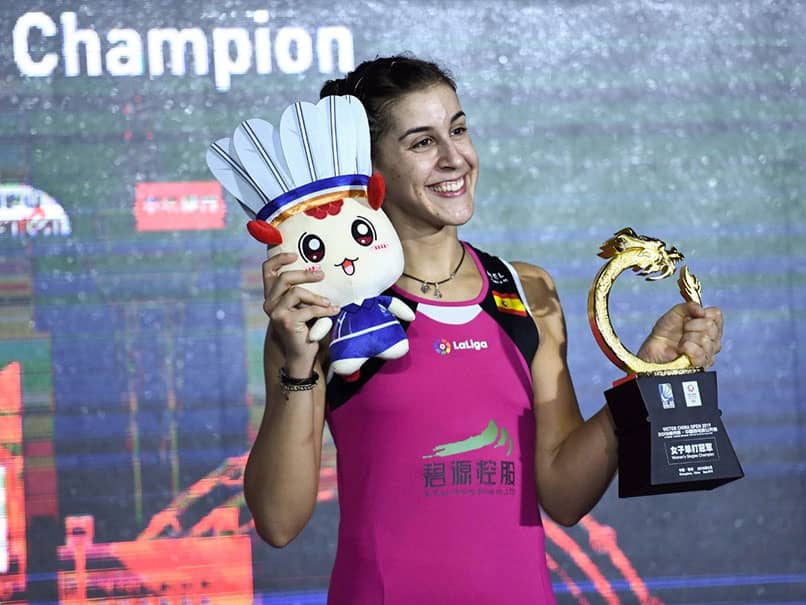 Olympic champion Carolina Marin on Sunday beat Taiwanese former world no.1 Tai Tzu Ying to win a second consecutive title at the China Open. This was only Marin's second tournament since her comeback from a career-threatening injury that she suffered in January. The Spaniard had lost to Tai in their last six meetings and went on to lose the first game. However, she rallied to take the second and third and the scoreline in the end was 14-21, 21-17, 21-18 in her favour. Marin told the Badminton World Federation's (BWF) website after the match that she managed to compose herself only in the second game.

"There was some frustration with myself in the first game. I tried to keep calm. I had to be patient and find the good length on the shuttle. But the most important thing is I could fight until the end," Carolina Marin said.

"I just waited until she made mistakes. I just wanted to play some long rallies because I knew this match was going to be really tough. She has good strokes, she has so much deception that I had to be careful," Carolina Marin added.

The 26-year-old had torn her anterior-cruciate ligament in January and the injury forced her to retire midway through the Indonesia Masters final against Saina Nehwal.

She had to undergo surgery and lengthy period of rehabilitation before returning to court.

Comments
Topics mentioned in this article
Carolina Marin Badminton
Get the latest updates on India vs Australia Series, check out the India vs Australia Schedule for 2020-21 and Ind vs Aus live score . Like us on Facebook or follow us on Twitter for more sports updates. You can also download the NDTV Cricket app for Android or iOS.