Saina Nehwal crashed out of the China Open after losing 10-21, 17-21 to Thailand's Busanan Ongbamrungphan in the first round on Wednesday. 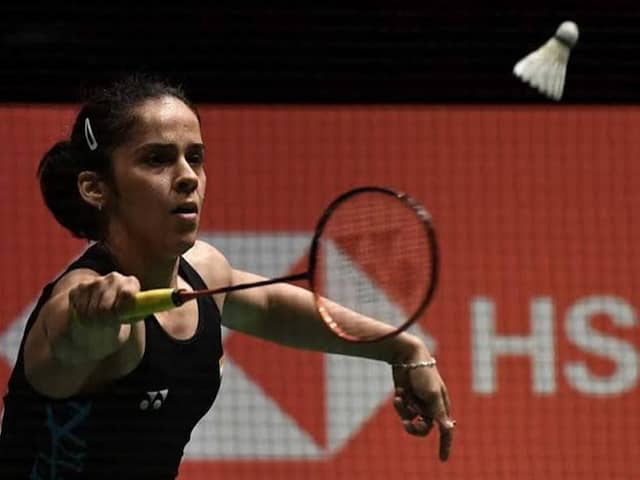 Saina Nehwal crashed out of the China Open in the first round.© AFP

Saina Nehwal crashed out of the China Open after losing 10-21, 17-21 to Thailand's Busanan Ongbamrungphan in the first round on Wednesday. It was her second consecutive defeat against the Thai shuttler. Later in the day, In the other match, PV SIndhu begun her campaign with a 21-18, 21-12 win over former Olympic gold-medallist Li Xuerui. Last month, PV Sindhu scripted history as she became the first Indian to win a gold at the World Championships.

Replicating her world championship form, the Olympic silver-medallist produced another strong performance to get the better of the currently 20th-ranked Chinese, who entered the match with a 3-3 record against the Indian.

However, Saina made an early exit after losing to Thailand''s Busanan Ongbamrungphan in the women's singles.

The London Olympics bronze-medallist lost 10-21 17-21 at the hands of the World No.19 Ongbamrungphan in a match that lasted for 44 minutes at the Olympic Sports Center Xincheng Gymnasium.

It was the former world number one's second successive loss to the Thai player.

The 29-year-old Saina has struggled for form following her recovery from injuries.

The Indian started her season with a win at the Indonesia Open but has failed to reach another final on the BWF circuit so far.

In other matches of the day featuring Indian shuttlers, B Sai Praneeth defeated Thailand's Suppanyu Avihingsanon 21-19 21-23 21-14 to make the next round of the men's singles event.