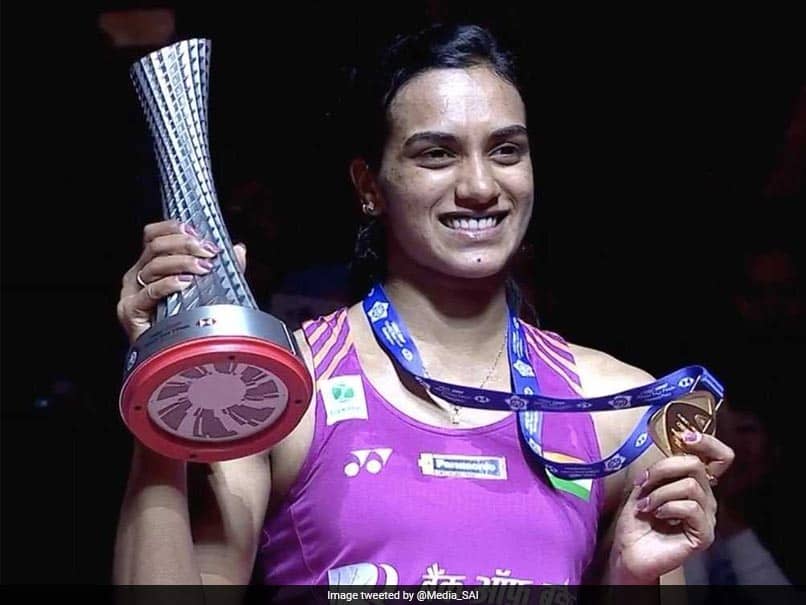 PV Sindhu made history on Sunday, becoming the first Indian to win the season-ending BWF World Tour Finals tournament. Sindhu came up against a familiar foe in Nozomi Okuhara in the title clash but unlike her previous meetings, the Indian superstar showed much more patience in her gameplay against the Japanese. This was critical to the Indian shuttler's cause as Okuhara was made to toil and given no breathing space as PV Sindhu claimed a 21-19, 21-17 win in the final for her first title of the year.

Sindhu, who had lost in the summit clash to another Japanese, Akane Yamaguchi in the last edition, put in a brilliant all-round display to give no chance to Okuhara in the final.

Sindhu had a tough time this year, unable to win even a single tournament but the Indian shuttler was in top form and ended the season-finale unbeaten. In both games, Sindhu made a fast start but Okuhara managed to stay within touching distance.

Sindhu, though, had just too much in her locker and won points at crucial junctures to maintain her dominance in the match.

After leading the second game from start to finish, the Indian star grabbed three match points and converted them immediately to seal the issue in her favour.

The 23-year-old Indian has suffered numerous heartbreaks in finals of tournaments in recent years. She took home the silver after losing to Spain's Carolina Marin at the 2016 Rio Olympics.

She suffered more heartbreaks at the Asian Games and Commonwealth Games this year, and has also twice lost in the final of the World Championships and was runner-up in last year's season finale.

The world number six, renowned for her never-say-die attitude, put all her past disappointments behind her in the Chinese city of Guangzhou, beating the fifth-ranked Okuhara in straight games in the women's final that lasted just over an hour.

Sindhu, who was always in control of the match, sealed the championship with a forehand smash, before collapsing to the court floor on her hands and knees.