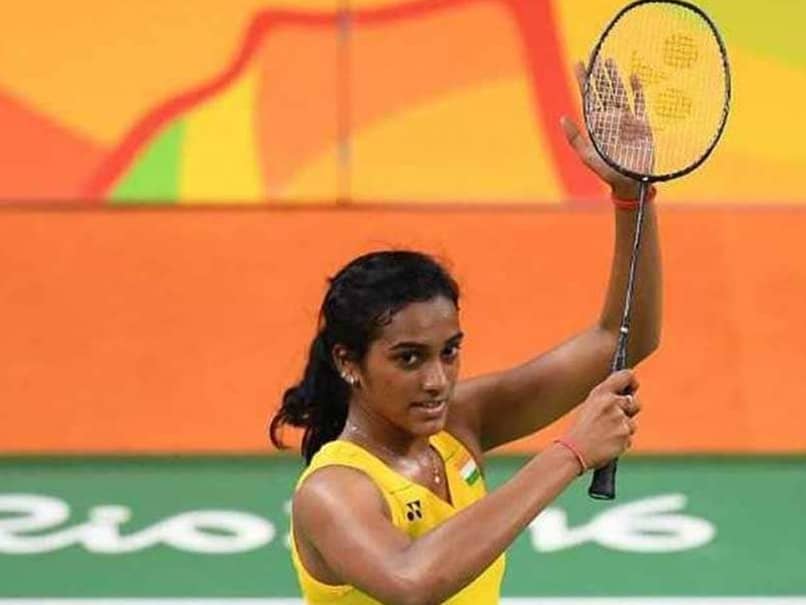 PV Sindhu admitted that she felt bad when people said she has a "final phobia".© AFP

Star shuttler PV Sindhu says she was desperate to win the World Championships title last year after a string of runner-up finishes as people started calling her "silver Sindhu". Sindhu, who also won a silver medal in the 2016 Rio Olympics, admitted that she felt bad when people said she has a "final phobia". "In the World Championships (last year), it was my third final, I have also won two bronze. I thought I have to win this at any cost. I was so desperate to win the title. I did not want people to say she lost in final again," Sindhu said.

"I thought no matter what happens, I will give 100 per cent and I have to just win this title. There were times people say 'silver Sindhu' about me. Sometimes these things comes to my mind," she told Indian women cricketers Smriti Mandhana and Jemimah Rodrigues on the talk show "Double Trouble".

Talking about that day of final when she beat her nemesis Nozomi Okuhara of Japan 21-7 21-7, Sindhu said, "Even if we say we are fine and cool, we have a bit of pressure. But I thought I will just focus on my game. I gave my best and won the final."

Asked how she coped with the constant criticism of faltering in the final hurdle, she said, "After the 2016 Olympics, I have seven to eight silvers in a row in 2017. People started telling me that 'you have a final phobia' and you always lose in the final.

"It is not easy to come to the semifinal and final, but people do not know that. They are like 'she lost in the final again'. But winning and losing is part of life."

The 24-year-old Sindhu said after every loss, her focus automatically used to shift to her next outing.

"My thinking was 'all right, I can win this final'. You should not bother people criticising you. For me, it is like 'all right I can do it this time'. Just come back, rectify your mistakes and do better."

She said she did not expect to win the silver in the 2016 Olympics as it was her first Olympics.

Sindhu lost to Spain's Carolina Marin in the summit clash in Rio.

"I thought I will need to give my best and I just went out there with that thought."

Sindhu said the turning point of her career was when she beat then reigning (2012) Olympic champion Li Xuerui of China in a tournament in 2012 (China Open Super Series).