PV Sindhu beat Nitchaon Jindapol of Thailand in the first round. 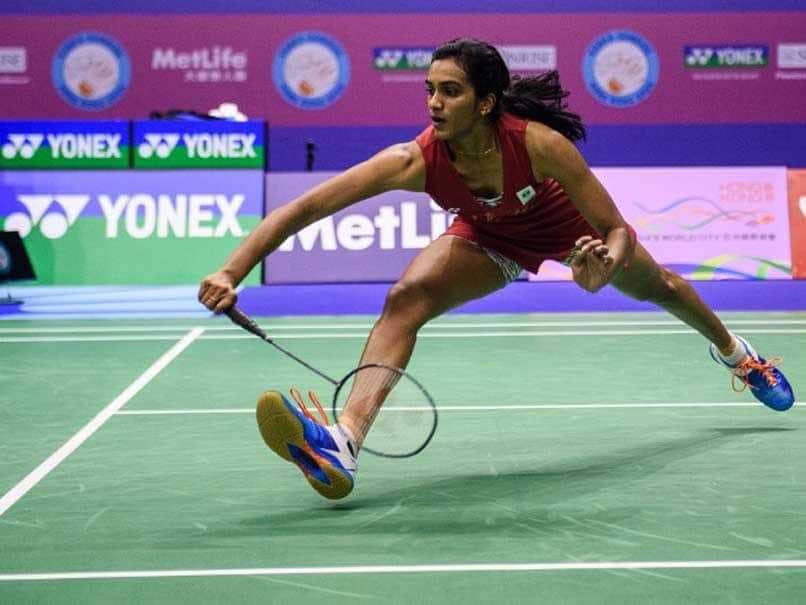 India's star shuttler PV Sindhu outclassed Nitchaon Jindapol of Thailand 21-15, 13-21, 21-17 in the opening round of the Hong Kong Open World Tour Super 500 on Wednesday. With this, she set up a pre-quarters clash with World No. 10 Sung Ji Hyun of South Korea. Following the victory, Sindhu said she had her eye on the number one spot while beginning India's women singles campaign at the 400,000-dollar event in Hong Kong.

"It's not going to be easy because there are some players who are coming up. But definitely one day I will be world number one, that's what I feel," Sindhu said.

"The top 10 to 15 players of the world are in the same standard, so it's just on the day who plays well and gives their best is the number one."

Sindhu, 23, narrowly lost the 2017 Hong Kong final to Taiwan's world number one Tai Tzu-ying, who has dominated the rankings over the past two seasons.

The Indian player has had a string of disappointments since, losing five straight finals including at the Asian Games against Tai.

Sindhu's last victory against Tai was at the Rio Olympics, en route to the silver medal which brought a flood of endorsements. In August, Forbes magazine rated her as the world's seventh highest paid sportswoman.

She said her elevation and high profile had inspired other players in India, and had also raised expectations about her performances.

"A lot of them have been taking me for inspiration, and there are also a lot of expectations now after this year especially. So to meet their expectations I need to be there and I need to keep working hard," she said.

Sindhu looked set to make quick work of her opening match, breaking away from Nitchaon in the first game. But she began to falter soon afterwards as Nitchaon's powerful smashes battered her into submission in the second game.

However, a pep talk in the last interval saw Sindhu claw back the decider, after the Thai fired long on several crucial points.

"I think I was not up to the mark," Sindhu said.

"I was very nervous. In the second set I gave a lot of lead and started playing negative, and in the third set it was like I was leading and then she came back closer.

"I could have just played freely... Overall it was very tactical and we had to be very focused and keep the shuttle in the court."