PV Sindhu, who is the top seed, beat Nagpur's rising star Malvika Bansod 21-11, 21-13 to progress into the quarter-finals. 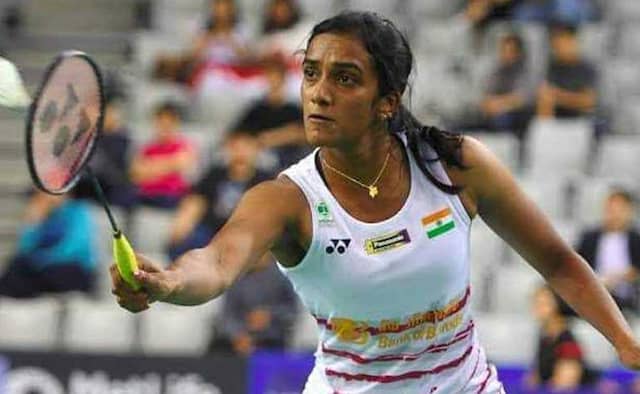 PV Sindhu began her quest for a third title with a win at the 83rd Senior National Badminton Championships in Guwahati on Thursday. PV Sindhu, who is the top seed, beat Nagpur's rising star Malvika Bansod 21-11, 21-13 to progress into the quarter-finals. Harsheel Dani, meanwhile, caused the upset of the day by showing the door to the fourth seed and last edition's semi-finalist Subhankar Dey 21-15, 21-17 in 43 minutes. Eighty three world ranking spots separate the 22-year-old and Dey but that hardly mattered as the 131st ranked Dani produced a barrage of attacking shots to knock out the World No.48 Dey.

In one of the most-awaited men's doubles matches of the day, second seeds Chirag Shetty and Pranaav Jerry Chopra edged veterans V Diju and Rupesh Kumar KT 21-8, 18-21, 22-20 in a clash of generations to enter the semi-finals.

Dhruv Kapila and Krishna Prasad Garaga, one of the most promising men's doubles pairs, beat Deep Rambhiya and Pratik Ranade 21-17, 21-14 to set up a meeting with the top seeds Arjun MR and Shlok Ramchandran, who took care of Saurabh Sharma and Rohan Kapoor 21-11, 21-18.

Sindhu overcame a slow start to find her rhythm. After lagging behind the Khelo India Games runner-up 0-4, the World No. 6 settled into the match and stormed ahead to 11-7. A flurry of unforced errors under pressure from Bansod absolutely did not help the youngster as the first game went to her highly accomplished opponent.

Bansod could not do much damage to Sindhu in the second game too. Her errors put the Rio Olympic silver medallist at an 11-4 advantage before the 2011 and 2013 champion wrapped up the match to set up a quarter-final showdown with Riya Mookerjee, a 21-11, 17-21, 21-18 winner over Kanika Kanwal.

The Round of 16 singles and the quarter-final matches in doubles started from Thursday on completion of the preliminaries on Day 2 of the Nationals. The top eight singles seeds and the top four doubles seeds had been exempted from playing until the pre-quarters and the quarters respectively.

In the other Round of 16 singles clashes, Asian junior champion Lakshya Sen hardly broke sweat in his 21-11, 21-8 demolition of Ansal Yadav. Top seed and 2015 champion Sameer Verma, meanwhile, had to retire hurt after winning the first game 21-16 and trailing 1-8 against Aryamann Tandon.

Sourabh Verma, a two-time winner, faced no hassles in his 21-8, 21-15 win over Kartik Jindal. Bodhit Joshi and Kaushal Dharmamer both had to work hard for three games before advancing to the last eight.

Maharashtra girl Neha Pandit continued her heroics with a 21-14, 21-13 victory over 2018 Tata Open quarter-finalist Anura Prabhudesai and her statemate Vaishnavi Bhale got the better of Sai Uttejitha Rao Chukka 21-13, 21-15.

While the top-seeded doubles teams in each section all safely made it to the semi-finals, Manu Attri and K. Maneesha knocked out second seeds Saurabh Sharma and Anoushka Parikh 21-10, 21-16 in mixed doubles.