PV Sindhu was ousted from the Indonesia Open and then the Japan Open by Akane Yamaguchi. 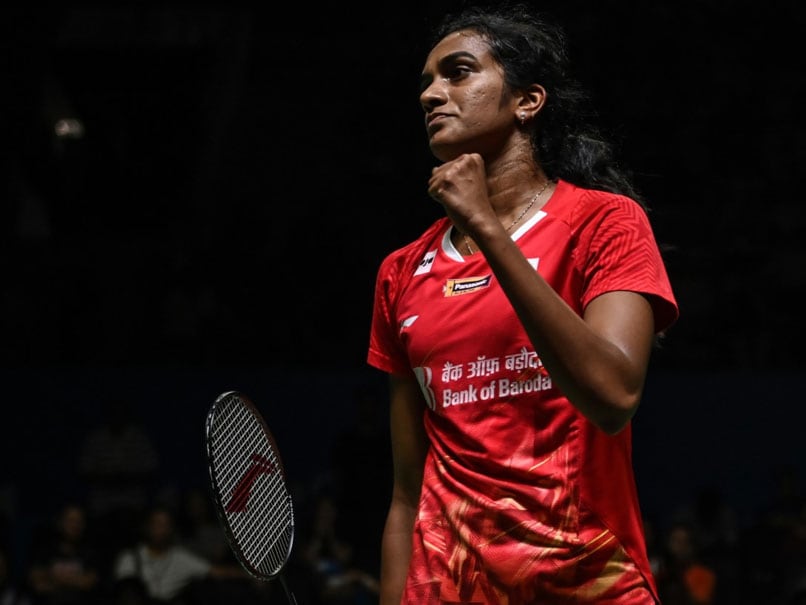 Seeded fourth Sindhu will open her singles campaign against unseeded Chinese Han Yue, whom she easily overcame in the first round of the Japan Open.

If all goes well, Sindhu might face her first real test in the quarterfinals with a possible clash against sixth seed Ratchanok Intanon of Thailand.

The other Indian in fray, Saina Nehwal, has been seeded seventh here, but she has been hampered by several injuries off late.

Saina was forced to withdraw from both the Indonesia and Japan Opens on medical grounds as she is focussing on getting into shape for next month's World Championships. She has been pitted against a qualifier in the opening round of the Thailand Open.

In men's singles, Shubhankar Dey has got a tough opening round against top seed Kento Momota of Japan, while B Sai Pranneeth, who lost in the semifinals last week, is up against Thailand's Kantaphon Wangcharoen.

If both the Indians manage to get past the first hurdle, they will face each other next. Fifth seed Kidambi Srikanth will take on a qualifier, while H S Prannoy will be up against Wong Wing Ki Vincent of Hong Kong in the opening round.

Sourabh Verma and Ajay Jayaram will have to go through the qualifiers. While Sourabh will play top seed Shesar Hiren Rhustavito of Indonesia in the first qualifying round, Jayaram will face Chinese Zhou Ze Qi.

In men's doubles, two Indian pairs feature but only one among them will progress to the next round. The combinations of Satwiksairaj Rankireddy and Chirag Shetty and Manu Attri and B Sumeeth Reddy will face each other in the opening round.

The lone Indian pair in women's doubles -- Ashwini Ponappa and N Sikki Reddy -- will be up against the Chinese duo of Li Wen Mei and Zheng Yu in the opening round.

In mixed doubles, Pranaav Jerry Chopra and N Sikki Reddy are drawn against the Japanese combination of Kohei Gondo and Ayane Kurihara while the pair of Satwiksairaj Rankireddy and Ponnappa have a tough task at hand as they are pitted against fifth seed Chan Peng Soon and Goh Liu Ying of Malaysia.

Comments
Topics mentioned in this article
PV Sindhu Saina Nehwal Badminton
Get the latest updates on Fifa Worldcup 2022 and check out  Fifa World Cup Schedule, Stats and Live Cricket Score. Like us on Facebook or follow us on Twitter for more sports updates. You can also download the NDTV Cricket app for Android or iOS.