Awadhe Warriors beat the Mumbai Rockets in the last tie in Lucknow. 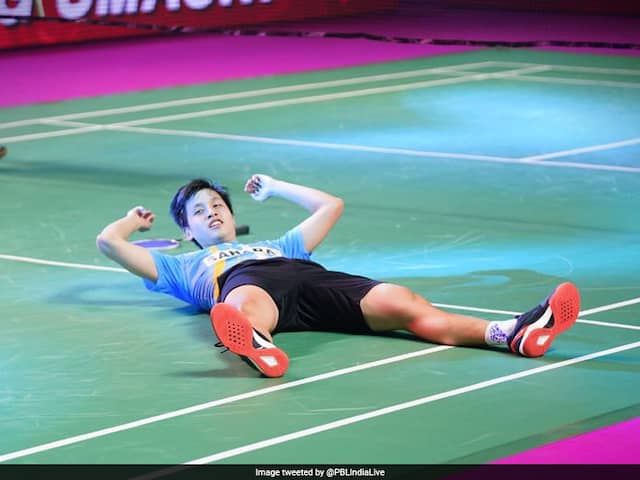 Former World No. 10 Wong Wing Ki Vincent continued his winning streak to beat 2014 Commonwealth Games champion Parupalli Kashyap while Beiwen Zhang dazzled as the Awadhe Warriors beat the Mumbai Rockets in the last tie in Lucknow at the Star Sports Premier Badminton League held at the Babu Banarasi Das Badminton Academy on Tuesday. Vincent beat Daren Liew in Awadhe's last showdown with the Hyderabad Hunters and he once more showed that same confidence and conviction when he took on Kashyap.

The two had previously squared off twice on the BWF circuit with the World No. 25 Kashyap leading 2-0 in their head-to-head record. This time, however, he was unable to do much against Vincent, who put up a show to remember for the home crowd.

The first game was on par till 6-6 after which Vincent upped the ante with his aggressive display. The Mumbai Trump, Kashyap kept peppering unforced errors which did not help his cause further. As the match wore on, Vincent started growing in confidence as he wrapped up the first game 15-8.

The Indian made an effort to come back in the second game but an alert Vincent dashed his hopes to complete the 15-8, 15-10 win in front of a roaring home crowd, whom he thanked later for their relentless support.

Having lost her first match to Michelle Li of the North Eastern Warriors, determination was writ large on the World No. 14 Zhang's face. The former India Open champion made no mistake in her meeting with Mumbai Rockets' Kuhoo Garg, who struggled with the American's exquisite placement of shuttle. Zhang's pace and power were too much for the youngster who conceded the match to Awadhe's Trump, 3-15, 4-15.

Earlier, Kim Sa Rang and Pia Zebadiah's partnership helped make a grand start to the match for the former runners-up, Mumbai Rockets against Awadhe's strong pair of Christinna Pedersen and Ko Sung Hyun. The latter had emerged victorious in the Warriors' first tie but this time Rang and Zebadiah's quick reflexes at the net did not allow them to settle into the match as the Mumbai duo held their nerves to register a 15-9, 15-14 win.

Comments
Topics mentioned in this article
Parupalli Kashyap Badminton
Get the latest Cricket news, check out the India cricket schedule, Cricket live score . Like us on Facebook or follow us on Twitter for more sports updates. You can also download the NDTV Cricket app for Android or iOS.