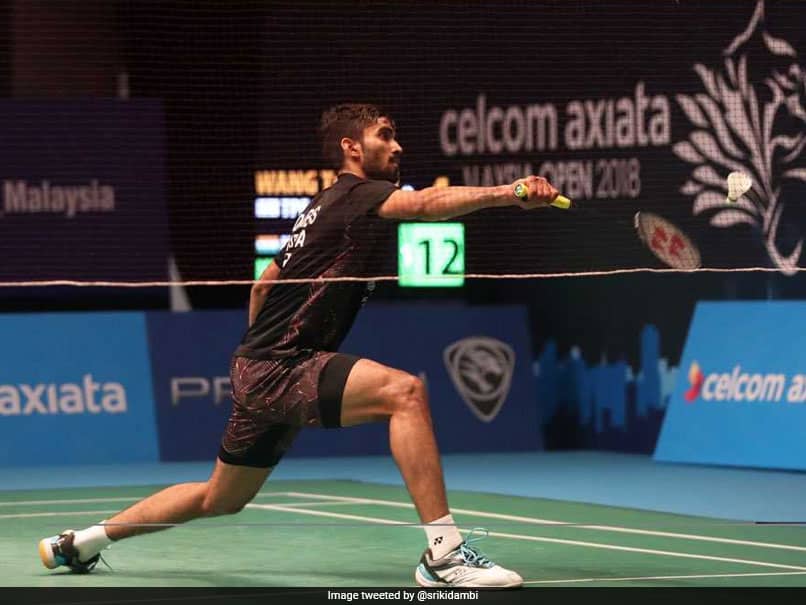 Kidambi Srikanth on Friday eased past his French opponent Brice Leverdez to enter the semi-finals of the Malaysia Open 2018. He beat Leverdez 21-18, 21-14 in straight games. Earlier, World No.7 Srikanth faced no such problems as he made short work of Tzu Wei Wang of Chinese Taipei in the pre-quarters. Wang, who ousted Sai Praneeth in the first round, lasted only 36 minutes against Srikanth. Only in the first game the world No.15 troubled the Indian as he saved two game points from 18-20. His challenge fizzled out in the second game as Srikanth kicked started with a 10-1 lead and gave no chance for his rival.

In the women's category, Saina Nehwal fell in the second round of the championships on Thursday. Nehwal crashed out of the tournament after a loss to world No 2 Akane Yamaguchi. Former world number one Saina suffered a 15-21, 13-21 loss as the match ended in 36 minutes at the Axiata Arena in Bukit Jalil in Kuala Lumpur.

In the opening game, Saina fought back to narrow the gap to 10-11 but Yamaguchi again jumped to an 18-11 advantage, eventually securing the win in the opening game comfortably. In the second game, Yamaguchi raced to an 8-2 advantage. Saina looked nowhere in comparison to her counterpart and eventually lost the second game 13-21 thereby losing the match in straight sets. This is Saina's sixth loss to Yamaguchi in the last seven encounters.