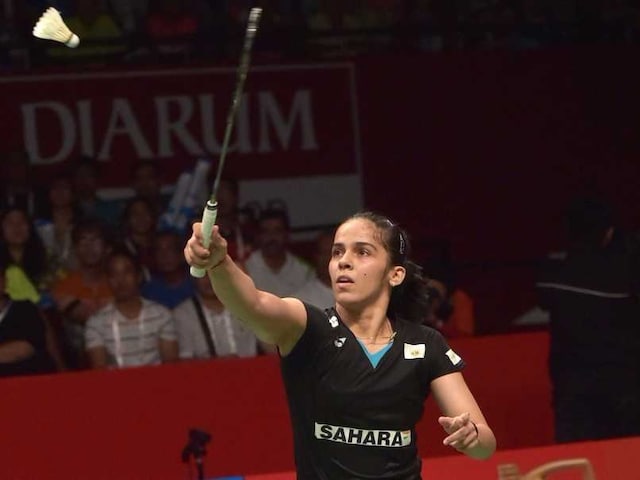 Returning to action after a week's break, Saina Nehwal and Kidambi Srikanth made positive starts to their campaign at the Japan Open Super Series, advancing to the second round with contrasting wins on Wednesday. Saina, who bagged a bronze medal at World Championship, had skipped the Korea Open due to a slight thigh strain. She took 39 minutes to dispatch Thailand's Pornpawee Chochuwong 21-17 21-9 in the women's singles opening round. London Olympics bronze medallist Saina will take on reigning Olympic champion Carolina Marin in the next round. Saina has a 4-3 record against the Spaniard, having lost thrice in the last four meetings.

Srikanth, who had won titles at Indonesia and Australia, also dished out a superlative performance to overcome China's Tian Houwei 21-15 12-21 21-11 to improve his 1-6 record against the World No. 10.

The eighth seeded Indian, who had reached the finals at Singapore Open, will face Hong Kong's Hu Yun next. The World No. 8 Indian has a 2-2 head-to-head count against Yun, having lost twice in 2015.

Sameer, on the other hand, will square off against either France's Brice Leverdez or second seed Chinese Shi Yuqi in the next round.

Sameer's elder brother, Sourabh, however, bowed out of the tournament after his fight against seventh seed and two-time Olympic gold medallist Lin Dan of China ended with a 21-11 15-21 13-21 loss.

Singapore Open champion B Sai Praneeth also found the going tough as he went down fighting to Lee Dong Keun of Korea 23-21 17-21 14-21 in a thrilling contest.

However, Satwik and his men's doubles partner Chirag Shetty couldn't get across third seeds Marcus Fernaldi Gideon and Kevin Sanjaya Sukamuljo of Indonesia, going down 25-27 15 -21 in another pulsating contest.

Comments
Topics mentioned in this article
Saina Nehwal Kidambi Srikanth Sameer Verma HS Prannoy Badminton
Get the latest Cricket news, check out the India cricket schedule, Cricket live score . Like us on Facebook or follow us on Twitter for more sports updates. You can also download the NDTV Cricket app for Android or iOS.