Saina, who went back to the Gopichand camp recently, posted pictures of the trio as they gear up for practice. 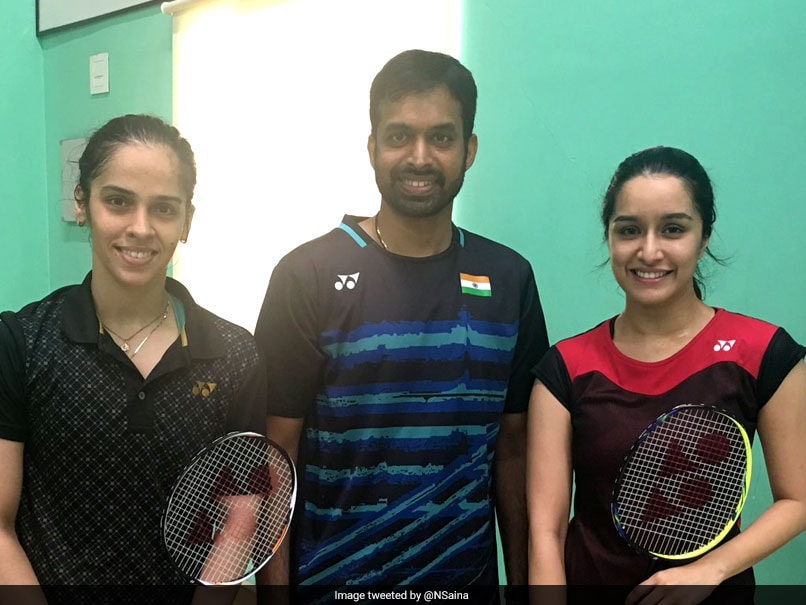 We did know Bollywood actress Shraddha Kapoor was playing Saina Nehwal in the ace badminton player's biopic, but what we didn't know was how she was prepping for her role. Shraddha will be going through some paces under the watchful eyes of India's national coach Pullela Gopichandand is also taking Saina's tips to imbibe her on-court skills. Saina, on Friday, took to Twitter to share a picture from the training session which she captioned, "Today's badminton practice session ... Gopi sir , @ShraddhaKapoor and me #Biopic."

The film was officially announced in April. The biopic will be directed by Amole Gupte, who is best-known for films like Taare Zameen Par and Stanley ka Dabba. The shooting of the biopic will begin later in the year.

Saina had tweeted about this earlier too.

Saina had earlier expressed the wish that if ever her biopic was made, she would like Deepika Padukone to play her role. However, when Shraddha's casting was finalised, she told The Times of India, "It's great if Shraddha plays me because she is a very talented actress and very hardworking. I am sure she will do justice to the role. The best part is, she is a good friend as well. So it will be easier to teach her some badminton skills (laughs!). A lot of people did tell me that we do look similar and I think that's a huge compliment, because Shraddha is very good looking."

Today training with the champ herself @nehwalsaina

Saina ended her association with coach Vimal Kumar after the World Championships in Glasgow last month and is training again with Gopichand.

Saina had parted ways with Gopichand after a quarterfinal exit at the 2014 World Badminton Championships in Denmark. That was the first time that the duo had split.

Comments
Topics mentioned in this article
Saina Nehwal Badminton
Get the latest updates on IPL 2021, check out the IPL 2021 Schedule and Indian Premier League Live Score . Like us on Facebook or follow us on Twitter for more sports updates. You can also download the NDTV Cricket app for Android or iOS.