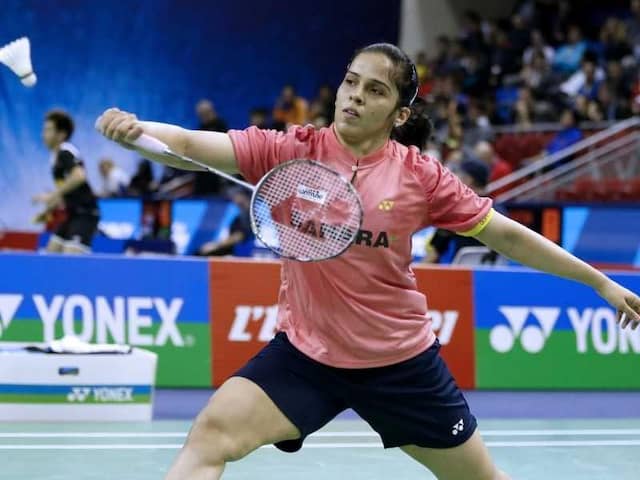 Saina Nehwal lost to Chen Yufei in the pre-quarter-finals for the tournament.© AFP

India had a mixed campaign on Day Three of the Indonesia Open in Jakarta on Thursday. While Saina Nehwal got knocked out of the tournament in the pre-quarter-finals, PV Sindhu and HS Prannoy advanced into the next round. In India's first match of the day Chen Yufei of China ended Saina's run in the tournament beating her in the pre-quarters. World number 5 Chen, knocked Saina out of the tournament in straight games 21-18, 21-15 in just 36 minutes. World number 9 Saina never looked comfortable against her Chinese opponent.

On the other hand, PV Sindhu comfortably made her quarterfinal entry defeating Aya Ohori of Japan 21-17 21-14. PV Sindhu was in top form as she displayed some brilliant play on court. The match between the two lasted 36 minutes.

In the men's category Prannoy had to fight it out to reach the next stage of the tournament. Wang Tzu Wei of Chinese Taipei gave a brilliant fight to the World number 14 Prannoy as the battle between the two lasted for over an hour. It was an epic clash as the first set went in to the tie-breaker which Prannoy lost 21-23.

He calmed his nerves in the second game, winning 21-15. The third game was a comfortable win for Prannoy as he defeated Wang 21-13.

Sindhu will lock horns with world number 7 He Bingjiao of China in the quarter-finals while Prannoy will next face Chinese Sgi Yuqi (world No.3) in his next encounter on Friday.

Comments
Topics mentioned in this article
Badminton Saina Nehwal PV Sindhu HS Prannoy
Get the latest Cricket news, check out the India cricket schedule, Cricket live score . Like us on Facebook or follow us on Twitter for more sports updates. You can also download the NDTV Cricket app for Android or iOS.