World No. 257 Kartik Jindal hardly broke a sweat in dismissing the 365th-ranked Pavel Kotsarenko in the first round. 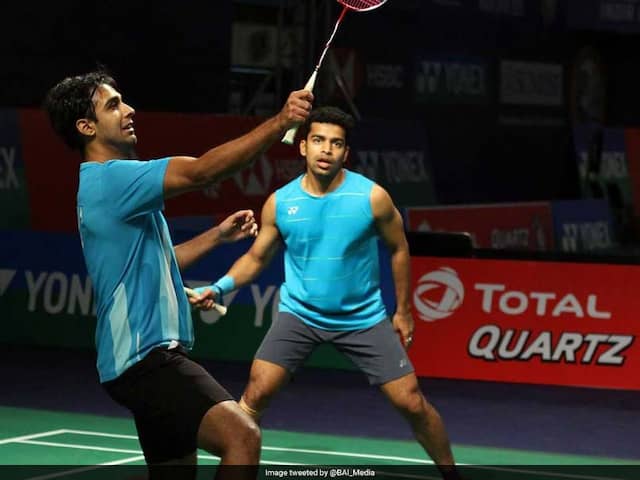 Eight singles players and 10 teams from India have secured berths in the main draw on completion of the qualifying rounds at the India Open 2019 in New Delhi on Tuesday. Third seed Rahul Yadav Chittaboina and fourth seed Siddharath Thakur led the march of the Indians in men's singles along with Kartik Jindal, while veteran Pranaav Jerry Chopra made it through to the main draw of men's doubles in partnership with Shivam Sharma.

World No. 257 Jindal hardly broke a sweat in dismissing the 365th-ranked Pavel Kotsarenko in the first round. He was then made to work hard by the spirited World No. 814 Sarath Dunna who had knocked out the 210th ranked Yehezkiel Fritz Mainaky 21-9, 17-21, 21-16 in his opening round.

Chittaboina recorded a 21-14, 21-15 victory over Anant Shivam Jindal to qualify for the main draw. Thakur was equally impressive in his 21-6, 21-13 win over Gurpartap Singh Dhaliwal and was joined by Kartikey Gulshan Kumar.

Pranaav Jerry Chopra, one-half of India's No. 2 mixed doubles team, had an easy outing in the qualifiers alongside Shivam Sharma. Chopra and Sharma needed just 19 minutes to prevail over Vikas Chauhan and Sandeep Choudhary 21-10, 21-5.

The main draw action at this World Tour 500 tournament starts on Wednesday.

2015 winner Kidambi Srikanth meets the tricky Wong Wing Ki Vincent in the first round, while fifth seed Sameer Verma has Rasmus Gemke of Denmark first up.