Hong Kong Open: India's Kidambi Srikanth avoided a possible first-round clash with World No. 1 Kento Momota as the latter pulled out of the tournament. 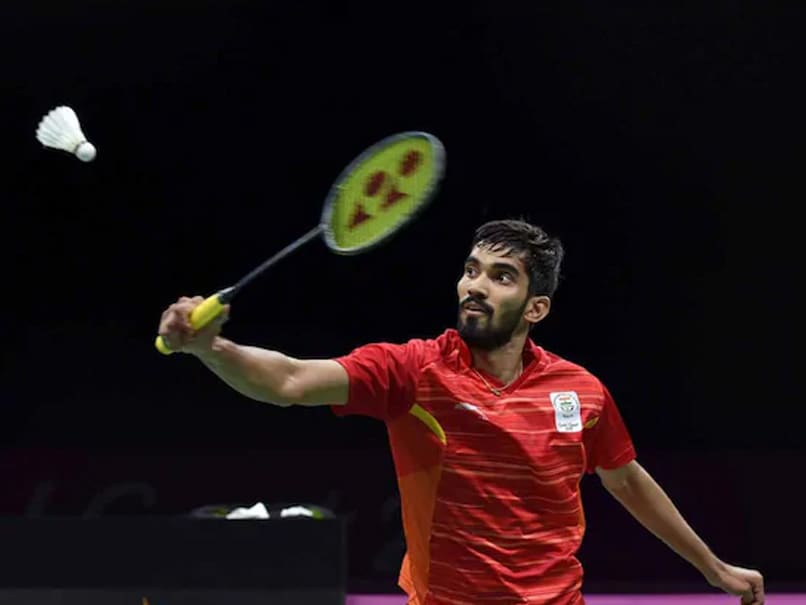 Hing Kong Open: Kidambi Srikanth got a first round bye after Kento Momota pulled out.© AFP

Kidambi Srikanth has avoided a possible first round clash at the Hong Kong Open against Japanese world no.1 Kento Momota with the latter pulling out of the tournament. Srikanth has thus got a first round bye and will either face France's Brice Leverdez or compatriot Sourabh Verma. Momota had last week won the China Open, beating Chinese Taipei's Chou Tien Chien in an epic final that lasted nearly one and a half hours.

The 25-year-old has won 12 out of the 15 clashes that he has had with Srikanth in his career. Momota had earlier faced B Sai Praneethin the semi-final of the BWF World Championships in August on his way to the gold medal.

Srikanth will be looking for a turnaround in the tournament as his struggle to emulate his form in 2017 continues.

He recently fell out of the top 10 of the BWF rankings and slid to 13th in the most recent update of the rankings.

Meanwhile, India's Sourabh Verma qualified for the main draw of tournament  after winning both his qualification round matches.

The first qualification match, which lasted for 45 minutes, started on an even footing, with Tanongsak replying every time Sourabh took the lead.

However, Sourabh managed to get to the break one point ahead. At 8-8, Tanongsak took the lead but Sourabh rallied to get back on level terms and then went on to win the game with a six-point margin.

The second game turned out to be a more closely fought contest. However, the Indian held his nerves and went on to win the game 21-19.

The second match against Lucas, which lasted for 47 minutes, was a tighter one that the first as the Indian had to be at his absolute best to emerge victorious.

Sourabh will be playing his first round men's singles match on Wednesday.

Comments
Topics mentioned in this article
Kidambi Srikanth Badminton
Get the latest updates on Fifa Worldcup 2022 and check out  Fifa World Cup Schedule, Stats and Live Cricket Score. Like us on Facebook or follow us on Twitter for more sports updates. You can also download the NDTV Cricket app for Android or iOS.