Saina Nehwal is currently lying in 22nd place in Race to Tokyo list and needs a rapid rise in the rankings to qualify for the Olympic Games. 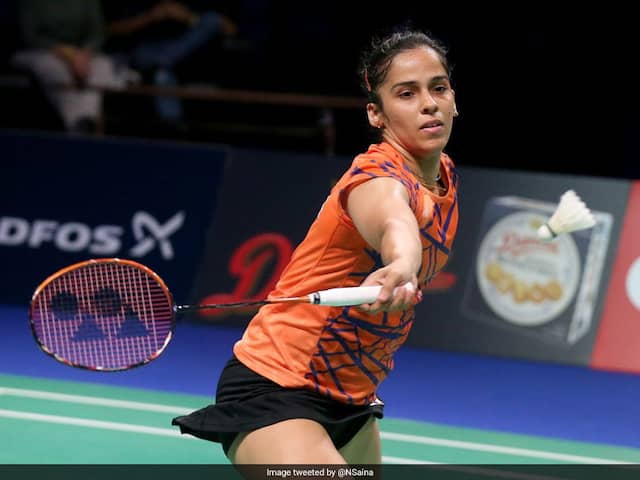 Indian shuttlers Saina Nehwal and Parupalli Kashyap feel that the BWF should extend the Olympic qualification period in view of the novel coronavirus outbreak wrecking havoc on the qualifying events for the Tokyo Games. Concerns over the rapid spread of the deadly virus had forced the postponement of the four Olympic qualifying events so far -- Lingshui China Masters (February 25 to March 1), Vietnam International Challenge (March 24 to 29) and German Open (March 3 to 8) and Polish Open (March 26 to 29).

"Qualification period can be extended if the tournaments are getting cancelled cause of #coronavirus," Saina wrote on her twitter handle, tagging the Badminton World Federation (BWF) and the International Olympic Committee (IOC).

Qualification period can b extended if the tournaments are getting cancelled cause of #coronavirus @bwfmedia @iocmedia https://t.co/BwYn7u92Sd

"It will be unfair for most of the players who are really close to qualifying for Olympics 2020."

Saina, the London Olympic bronze medallist, is currently lying at 22nd in Race to Tokyo list and need a rapid rise in the rankings to qualify for the Games.

Her husband Kashyap, a 2014 Commonwealth Games champion, and former world no. 1 Kidambi Srikanth are at 24th and 21th spots respectively in Race to Tokyo list.

For them and several top players around the world, including China's two-time Olympic champion Lin Dan (currently placed at 30th), the next few tournaments will be crucial as they try to squeeze into the top 16 to qualify for Tokyo.

The prestigious All England Championships (March 11 to 15), offering 12,000 ranking points for the winner, is next in line, followed by Swiss Open, India Open (Super 500), Malaysia Open (Super 750), and Singapore Open (Super 500) before qualification period ends on April 28.

Kashyap, who is recovering from a back injury that he suffered during the Spain Masters earlier in the month, wrote on his twitter handle:

"We all had 7 events starting from Spain Masters until the Singapore Open and few have the Asian Champs too.

"Now that German Open is cancelled and Swiss Open looking doubtful and Singapore and Malaysia Opens also with the same worries, it will be completely unfair for so many athletes who are on the borderline of qualification at this moment.

"7 events are a lot of events considering the best 10 performances in a qualifying period are chosen. If at all the virus is contained and slowly everything comes back to normalcy in a few months and the Olympics takes place on same dates, then BWF and IOC have to revise and extend the qualification dates and make sure they add on the events later or make it a fair qualification."

The deadly coronavirus, which originated in Wuhan, China, has so far killed close to 3000 people and infected nearly 83,000 globally.

Most of the countries which are to host these Olympic qualifying tournaments, like United Kingdom, Malaysia and Singapore, have all reported multiple cases of coronavirus.

Kashyap hoped given the situation, players get a fair chance to qualify for the Olympics.

"I understand that everything has to be assumed at this moment but I hope all the athletes have a fair chance to qualify for the Olympics. Many players were injured in the last year when the qualification period started and now if they're fit and hope to do well in the next events, what happens to their qualification chances if most the events are doubtful as of now?" Kashyap wrote.

Badminton's world body (BWF) on Friday said it has currently no "plans to make any adjustments" to the regulations relating to the Tokyo Games qualification period.

The BWF said it's monitoring the situation and as of now other events will go as per schedule. "All other tournaments on the BWF calendar within the Olympic qualification period are scheduled to run," it said.