Thailand Masters: Saina Nehwal Knocked Out After Losing To Line Kjaersfeldt In First Round

Saina Nehwal knocked out after losing 13-21, 21-17, 15-21 to Denmark's Line Kjaersfeldt in first round of theThailand Masters on Wednesday. 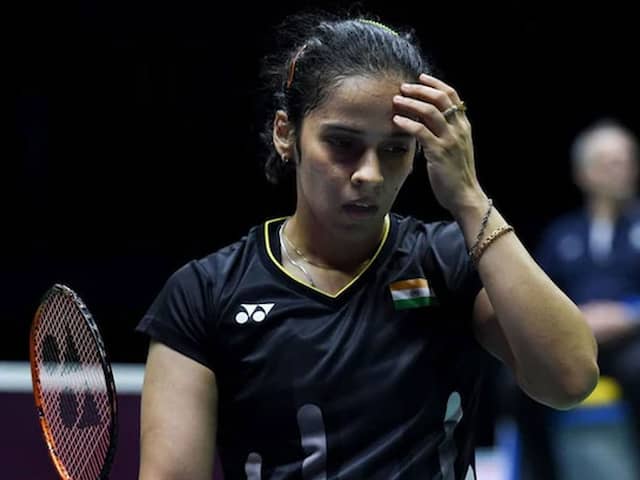 India's ace shuttler Saina Nehwal was knocked out of the Thailand Masters Super 300 tournament after losing in the first round to Denmark's Line Hojmark Kjaersfeldt in Bangkok on Wednesday. Nehwal produced a disappointing show against a weaker opponent as she suffered a 13-21, 21-17, 15-21 loss. Prior to this tie, Nehwal had never lost to the Danish opponent in previous four meetings. Earlier in the day, another Indian top male shuttler Kidambi Srikanth also suffered an early exit from the tournament after losing to Indonesia's Shesar Hiren Rhustavito 21-12, 14-21, 11-21 in men's singles.

Saina never looked comfortable against Kjaersfeldt who started the game with high intensity and clinched the first game quite comfortably.

In the second game,however, Saina showed some great fighting spirit and used all her experience to seal the closely-fought game at 21-17.

The deciding game began with both the players giving each other tough run for their money. However, Kjaersfeldt kept her cool and entered the break with a three point lead.

Once the play resumed, the Danish player took control of the game and kept on adding points to her tally. She finally proved too much for the Indian player as he sealed the game 21-15, thus winning the match in only 47 minutes.

Kidambi, the fifth-seeded player, lost in 48 minutes to make his third straight first-round exit of the year. These losses have further dented Nehwal and Srikanth's hopes of making it to the Tokyo Olympics.

India had a terrible start to the tournament as Sameer Verma also bowed out of the competition after losing to 16-21, 15-21 to Lee Zii Jia in just 38 minutes.

Saina and Srikanth are placed at the 22nd and 23rd spots in BWF's rankings as April 26 has been set as the deadline date for Tokyo Olympics qualification.

As per BWF Olympics qualification regulations, just a couple of shuttlers each from the singles category could qualify if their ranking lies within the top-16.