All J-League and Levain Cup matches scheduled until March 15 have been postponed. 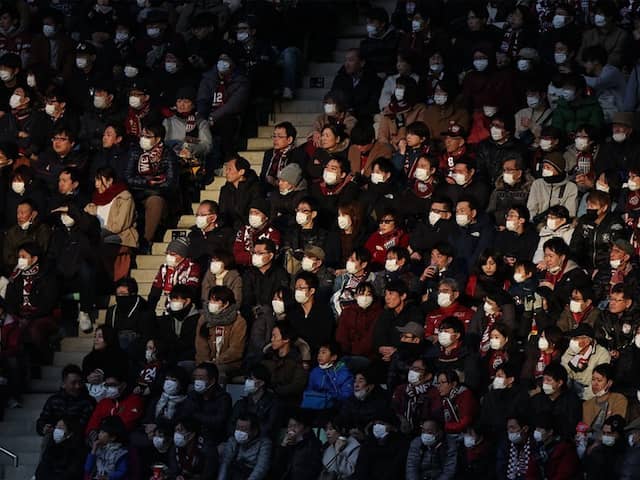 Japan's J-League postponed all football matches until mid-March on Tuesday over the novel coronavirus outbreak, which has affected dozens of sports events worldwide. "We have decided to postpone Levain Cup games scheduled for tomorrow and all the official games... scheduled until March 15," J-League chairman Mitsuru Murai told reporters. The move comes after football was suspended in China, the epicentre of the outbreak, and South Korea, along with some games in Italy. "J-League will provide its maximum cooperation for the prevention of the spread (of the virus) and anti-infection measures," a statement said.

The decision was made as the clock ticks closer to the Tokyo Olympics, which start in five months' time on July 24.

Organisers have repeatedly stressed that the Games will not be cancelled or rescheduled despite mounting fears over the spread of COVID-19.

Training for Olympic volunteers was suspended over the weekend, and the Tokyo marathon on March 1 has been closed to all but elite runners.

At least 156 people diagnosed with new coronavirus in Japan, along with nearly 700 on a cruise ship that was quarantined off the country for two weeks.

Four people who became ill on the ship have died. Domestically Japan has reported one fatality linked to the virus.

On Monday, a panel of medical experts advising Japan's government warned the coming weeks will be a "critical" period to preventing the new coronavirus from spreading out of control.

Japan's health minister has already urged people to avoid crowds and unnecessary gatherings, and the government has called for businesses to encourage teleworking and off-peak commuting.