The proposal, which would have seen players compete against each other in the best of five 11-point sets instead of the current set up of three 21-point sets, failed to pass. 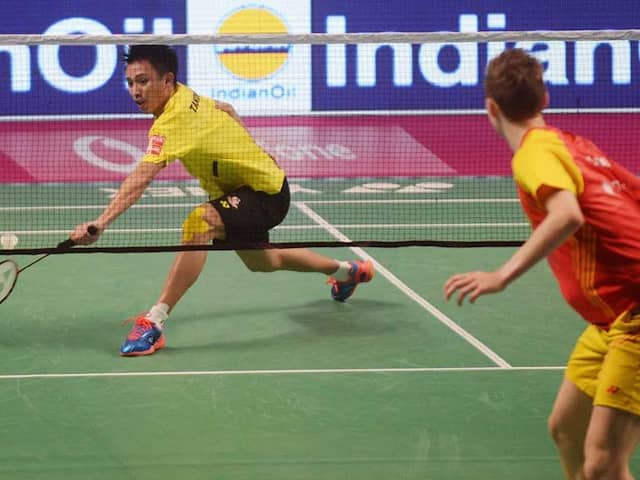 Badminton's global governing body on Saturday swatted down a plan to adopt a new scoring system that favours faster matches after players and associations expressed angst over the proposed changes. The Badminton World Federation was contemplating to amend the rules to make sets shorter in a shift that supporters argued would attract more fans to the sport, which already has a large following in Asia. But the proposal, which would have seen players compete against each other in the best of five 11-point sets instead of the current set up of three 21-point sets, failed to pass, according to a Facebook post on the organisation's official page.

"Badminton will continue to be played under the 3x21 scoring system," the post said, adding that the proposal actually received more votes for the changes -- 129 -- than the 123 that opposed, but it fell short of the required two-thirds majority.

The decision followed a wave of opposition from some of the sport's top shuttlers.

Earlier in the day, the men's world number one Viktor Axelsen said the new rules could disrupt the physically gruelling aspect of competition and make it less interesting to watch.

Speaking in the Thai capital ahead of the prestigious biennial Thomas and Uber Cups, which start on Sunday, Axelsen told reporters that changes would come too close to the Olympics and that in any case, they would "take out the more physical part of the game".

"I'm afraid we won't see that as much if we play to 11 points even though it's five sets," he said.

"Also I know that some of the matches might be sort of boring to watch if there is too big of a difference in the level of players."

"I think that 21 points it's fine, I don't think it's a problem," the men's world champion added. "So I'd rather continue with how things are."

A video posted by the federation explaining some of the ideas said they would result in "more peaks, more intensity".

Axelsen is returning to compete again with reigning Thomas Cup champions Denmark, who in 2016 made history by becoming the first non-Asian team to take the trophy.

In addition to scoring, the federation is also looking at the question of match fixing after two Malaysian players were accused of it and handed career-ending bans and fines by the BWF this month.

The post did not provide details on any other decisions.

Competition for the men's Thomas Cup and the women's Uber Cup begins Sunday morning with teams squaring off across four courts throughout the day.

Comments
Topics mentioned in this article
Badminton Viktor Axelsen
Get the latest Cricket news, check out the India cricket schedule, Cricket live score . Like us on Facebook or follow us on Twitter for more sports updates. You can also download the NDTV Cricket app for Android or iOS.