The Championship, a World Series sanctioned by the Badminton World Federation (BWF), will take place at the Lugogo Arena in Kampala from February 22 to 25. 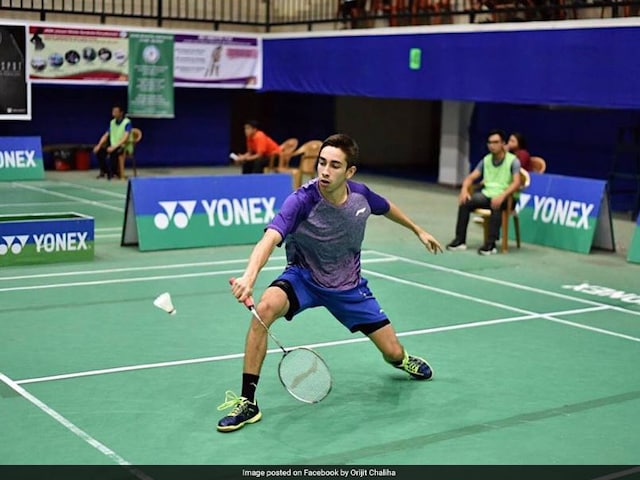 Chaliha Orijit will be fined for the late withdraw from the Uganda International Badminton Open.© Facebook

Indian players Harshit Aggarwal and Chaliha Orijit will be fined for their late withdraw from the 2018 Uganda International Badminton Open Championship. "The two players will be fined $150 for late withdraw as per the rules set by the Badminton World Federation," Simon Mugabi, the Chief Executive Officer of the Uganda Badminton Association (UBA), told Xinhua. The Championship, a World Series sanctioned by the Badminton World Federation (BWF), will take place at the Lugogo Arena in Kampala from February 22 to 25. Mugabi explained that the two Indian players would have been fined $650 each if they had not communicated in advance.

"We expect a very explosive tournament because over 15 foreign players will take part," said Mugabi, who also added that Germany's Jonathan Persson is yet to arrive.

Several foreign players, including top seed for the tournament Georges Juliean Paul, have arrived in Uganda ahead of the qualifiers for the main draw which starts on Thursday. Juliean Paul is fresh from winning the All Africa Senior Championship in Algeria last weekend.

Bahaedeen Ahmad Alshannik of Jordan, who is ranked second in the men's singles, said he was happy to be in Uganda for the tournament. "I have prepared well and expect a very competitive event," said Alshannik.

Former top African player Edwin Ekiring, who has represented Uganda at three Olympic Games, told Xinhua that he has recovered well from the shin injury he had for most of last year.

"I have prepared well with my team in Holland," added Ekiring, who was unlucky to get injured in the final of the same tournament last year and did not continue.

The event will attract players from Uganda, Kenya, Burundi, Algeria, Jordan, Kyrgyzstan, India, the Netherlands, Syria, Germany, France, Turkey, Zambia and the Republic of Maldives, among others.