B Sai Praneeth Crashes Out Of Japan Open Semifinal 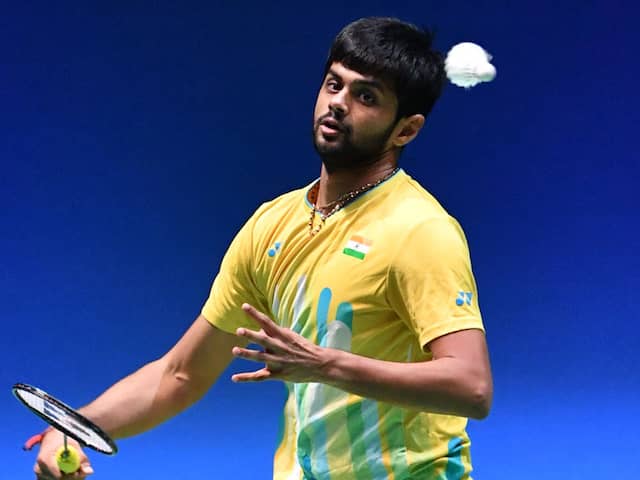 B Sai Praneeth had recorded an easy win over Indonesia's Tommy Sugiarto in quarterfinal.© AFP

India's campaign at the ongoing Japan Open came to an end as B. Sai Praneeth lost his men's singles semifinal clash to World no. 1 Kento Momota at the $750,000 tournament on Saturday. Praneeth, who had recorded an easy win over Indonesia's Tommy Sugiarto to enter the semis, lost 18-21, 12-21 to Kento Momota in a match that lasted for 45 minutes. The unseeded Indian started off the match on a great note as he took an initial 3-1 lead in the first few minutes. However, Momota came back with a great fight and took an 11-8 lead at the mid-game break.

Praneeth, who had been in great touch in the tournament so far, tried to up the ante and earned some points but ultimately lost the game 18-21 in 23 minutes.

In the second game, the top-seeded Japanese didn't led Praneeth take a long lead from the start and overturned a 6-9 deficit to make it 12-9 with the help of six straight points.

From there on, the world number one raced to a seven-point lead and eventually won the match 12-21 in 22 minutes to make it to his second consecutive final. He will take on either Jan O Jorgensen or Jonatan Christie on Sunday.