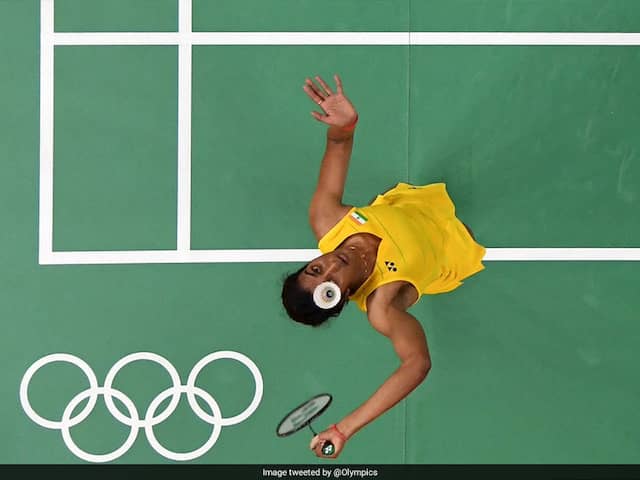 PV Sindhu entered the second round of the Australian Open© Twitter

PV Sindhu and Sameer Verma entered the second round of the $150,000 Australian Open World Tour Super 300 tournament on Wednesday. While Sindhu beat Indonesia's Choirunnisa 21-14, 21-9 in a one-sided affair, Verma got the better of Malaysia's Lee Zii Jia 21-15, 16-21, 21-12 in a thrilling opening round men's singles match. Sindhu will next meet Thai Nitchaon Jindapol.

Verma, who had lost to Lee at the Sudirman Cup last month, will lock horns with Chinese Taipei's Wang Tzu Wei in second round.

Meanwhile, B. Sai Praneeth, who had reached the finals at the Swiss Open this year, brushed aside Korea's Lee Dong Keun 21-16, 21-14, to set up a clash against second seed Indonesian Anthony Sinisuka Ginting.

Satwiksairaj Rankireddy and Chirag Shetty defeated compatriots Manu Attri and B Sumeeth Reddy 21-12, 21-16 to enter the second round of the men's doubles.

They will take on second seed Chinese pair of Li Junhui and Liu Yuchen.

Comments
Topics mentioned in this article
PV Sindhu Sameer Verma Badminton
Get the latest updates on IPL 2020, check out the IPL Schedule for 2020 and Indian Premier League (IPL) Cricket live score . Like us on Facebook or follow us on Twitter for more sports updates. You can also download the NDTV Cricket app for Android or iOS.