Murray is into his third straight Grand Slam final but he is rated by many observers as second-favourite to Djokovic, who has again shown his amazing resilience and played tennis of the highest order in Melbourne. 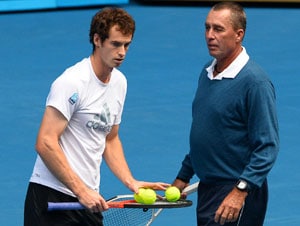 World number one Novak Djokovic faces Andy Murray in the Australian Open final later on Sunday as they renew a rivalry which has become the premier match-up in men's tennis.

Djokovic, the 2011 and 2012 champion, is bidding for the event's first hat-trick of the professional era, while US Open winner Murray can become the only player to open his Grand Slam account with back-to-back major titles.

The Serb and the Briton, both 25 and born only a week apart, have already met in two Grand Slam finals with Djokovic destroying Murray in straight sets in Melbourne two years ago.

However, an increasingly athletic Murray outlasted Djokovic in five sets in the US Open decider in December, when he finally landed a Grand Slam title after being runner-up four times.

The result broke a 76-year major drought for British men -- and it gave Murray added belief that he can win at the highest level, after also beating Roger Federer in last year's Olympic final.

Murray confirmed his new stature with a five-set defeat of Federer in the Melbourne semi-finals, his first ever Grand Slam win against the Swiss, and goes into Sunday's title match with his confidence high.

"I think those years of having all of those questions and then finally to be able to answer them I think, yeah, it was all part of the process. So I hope on Sunday I can play a good match."

Murray is into his third straight Grand Slam final but he is rated by many observers as second-favourite to Djokovic, who has again shown his amazing resilience and played tennis of the highest order in Melbourne.

Djokovic, who outlasted Rafael Nadal in last year's record, 5hr 53min final, won a punishing five-setter with Stanislas Wawrinka in the fourth round but showed no ill effects when he beat Tomas Berdych two days later.

In the semi-finals, he made a mockery of what should have been a difficult test against David Ferrer as he routed the fourth seed in straight sets, sweeping him off the court in less than 90 minutes.

"It's just the conditions in general that I like, especially on Rod Laver Arena. It's my most successful Grand Slam," Djokovic said.

"Being in a third consecutive final is an incredible feeling and achievement, I'm so very proud of it."

Cool temperatures are forecast for the final, which gets under way at 7:30 pm (0830 GMT) on Rod Laver Arena, centre court at the riverside Melbourne Park complex.

Comments
Topics mentioned in this article
Australian Open 2013 Tennis Andy Murray Novak Djokovic
Get the latest updates on India vs England Series, India vs England , live score and IPL 2021 Auction . Like us on Facebook or follow us on Twitter for more sports updates. You can also download the NDTV Cricket app for Android or iOS.