Australian Open and the tales of blossoming romance

The three best female tennis players in the world have something in common at the Australian Open -- romance. 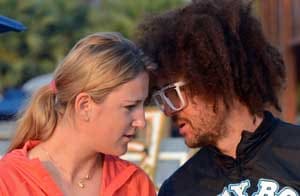 The three best female tennis players in the world have something in common at the Australian Open -- romance.

Not since Jimmy Connors was engaged to Chris Evert in 1973 has tennis been so immersed in high-profile courtships. Although none of the relationships has been formally confirmed, the lack of denials speaks volumes.

"I don't like to kiss and tell," Gordy, the musician better known as Redfoo from LMFAO, told Australia's Channel 7.

"But we are really close, and she's a very special person and I'm very happy in my life right now."

Azarenka and Gordy crossed paths at the US Open last year. He watched all of her matches at Flushing Meadows, and she danced to his music on court.

However, it was only when they were spotted together during the off-season that it appeared they had become better acquainted.

Meanwhile, photographs of a bikini-wearing Williams with Mouratoglou, her coach, in Mauritius appeared on the Internet in December. She was asked at the Brisbane International this month if she would like to confirm a relationship.

"No, not really," Williams replied. "Thanks for asking, though." 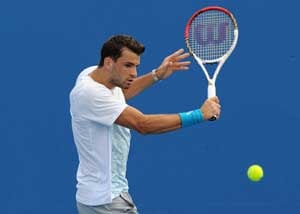 Sharapova has played her cards close to her chest regarding Dimitrov, a fellow player dubbed "Baby Federer" for his playing style.

But the Bulgaria's Dimitrov hit out at repeated questions about his private life after he went out in the first round.

"People love gossip. Who doesn't? But I believe it's a privacy invasion. I don't think that's right," he said.

"It's not because we're different, but because it's not right to athletes in general. It should be forbidden to even be asked but it is what it is, right?"

With the difficulty of maintaining such relationships, in the public eye and with constant travel and distractions, it's not surprising that players should want to keep them quiet.

"I think it's very manageable. We have a very hectic lifestyle and travelling schedule, but in a way, this is what we do and we have to accept it," she said, according to Melbourne's Herald Sun.

Sharapova added: "Relationships are important in life. Tennis only lasts as long as your body allows, and there is another step in life -- relationships.

"It's a matter of how you think and manage it."

For Williams, love and success have blossomed since she joined Mouratoglou's training academy in Paris after her loss to Virginie Razzano at the French Open last year.

She has since won Wimbledon, the Olympics and the US Open. Her victory over Spain's Garbine Mugurza on Thursday gave her 37 wins from her last 38 matches to make her the raging favourite at the Australian Open.

It has been Williams' most dominant streak since she held all four majors for the so-called "Serena Slam" of 2002-2003.

If the power of love is behind her current charge, the opposite was true a decade ago when she admitted the heartbreak of a failed relationship, with an unnamed suitor, had fuelled her triumphs.

"The guy tore my heart in half," Williams wrote in her autobiography, "My Life: Queen Of The Court". 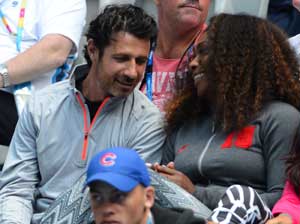 "I would get so-and-so to regret how he had treated me. I wanted him to see me everywhere, to stay in this guy's face, to be a constant reminder of what he had, to rise above his shabby treatment.

"It was all about lifting myself from the dirt he left my lying in."

Love is also in the air for former world number one Caroline Wozniacki, the 10th seed, who speaks openly about her highly public relationship with golf star Rory McIlroy.

But another cross-sport love match, between Serbian starlet and Ana Ivanovic and Australian golfer Adam Scott, is reported to have ended.

Comments
Topics mentioned in this article
Australian Open 2013 Tennis Maria Sharapova Serena Williams Grigor Dimitrov Victoria Azarenka
Get the latest updates on India vs South Africa and check out  Schedule, Results and Live Score. Like us on Facebook or follow us on Twitter for more sports updates. You can also download the NDTV Cricket app for Android or iOS.