Australia vs India: Will Pucovski Up For Potential Reality Of Facing "Dominating" Indian Bowlers

India vs Australia: Will Pucovski, 22-year-old top-order batsman, is in line to make his Test debut for Australia in the upcoming series vs India. 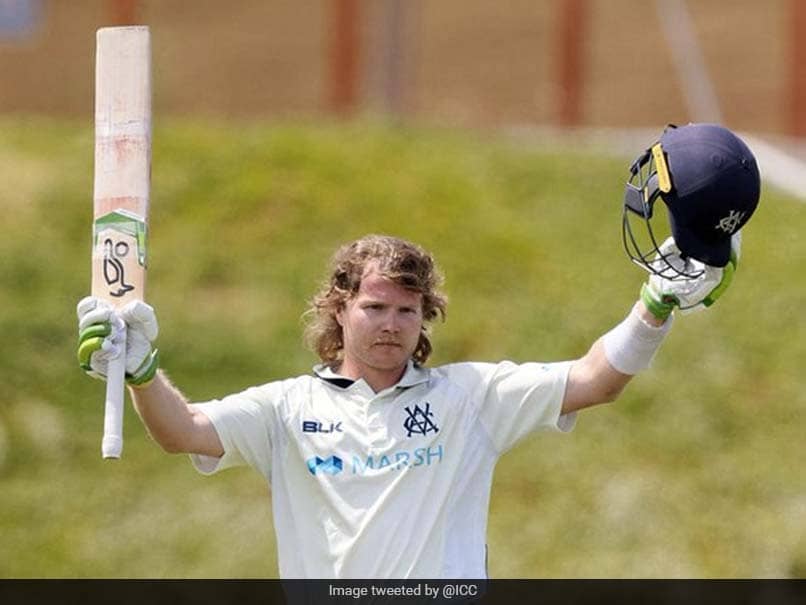 Will Pucovski is line to make his Test debut for Australia in the four-match series vs India.© ICC/Twitter

The hype around his potential Test debut against India has Will Pucovski more excited than intimidated and the rising Australian batsman cannot wait to take on the visiting bowlers after having watched them on TV "dominating around the world." Led by pace spearhead Jasprit Bumrah, India's much-vaunted bowling attack features Mohammed Shami, Umesh Yadav, Mohammed Siraj and Navdeep Saini. Ravindra Jadeja, Ravichandran Ashwin and Kuldeep Yadav are the three spin options. "...it is pretty exciting. Obviously, just challenging yourself at the next level is pretty exciting in itself," Pucovski said in an online media interaction facilitated by the official broadcaster Sony Network.

"You watch these boys on TV dominating around the world and sort of never think, that could be me facing them one day. But it could potentially become a reality," the right-handed batsman added.

The 22-year-old might just make the playing XI for the Tests starting December 17 as swashbuckling opener David Warner is recovering from a groin injury, which he sustained during the recently-concluded ODI series that Australia won 2-1.

"I am probably as mentally prepared as I can be, it will just be if I do get the opportunity, just go out there, and as I said before just apply my processes, and the rest will take care of itself," Pucovski said.

Asked whether there is less pressure heading into Australia A's tour game against India A given the injury situation in the senior team, Pucovski said he still has to perform to earn his place.

"...you always got an expectation or a will to perform, so that doesn't really change to me too much regardless of what is going on outside," he said.

He also believes that the upcoming four-Test series would be even more intense than the last series, which India won.

"I remember it being a very tense series, I remember sort of watching, there seems to be lot of momentum shifts, and obviously when two very good teams come up against each other, that seems to be the case," he said.

"So, I wouldn't expect anything different this summer, if anything, it will be even more intense. I don't think we had Smithy (Steve Smith) and (David) Warner last time.

"So, having those two back, hopefully David can get up and be fit during at least at some stage during the series, if not the first Test, and then obviously having Smithy around, who is the best batter in world, will obviously be a huge plus for us," he added.

Pucovski, who has amassed 1,720 runs from 22 first-class matches for Victoria, also said playing with the pink ball could be a bit different and he was excited to play the Day-Night Test in Adelaide if he got an opportunity.

He had an interesting journey when he took a break from cricket to sort out some mental health issues and the right-hander does not regret the sabbatical.

"It is probably different to a lot of young athletes but I haven't really regretted a second of it to be honest. It has been an interesting few years, but that's been great for me and probably great for those around me as well," he said.

India Cricket Team Will Pucovski Australia vs India 2020-21 Cricket
Get the latest updates on India vs England Series, India vs England , live score and IPL 2021 Auction . Like us on Facebook or follow us on Twitter for more sports updates. You can also download the NDTV Cricket app for Android or iOS.