Australia vs India: Will Pucovski Is "Off Social Media" To Avoid Distractions Ahead Of India Tests

Australia's rising star Will Pucovski has deactivated his social media accounts to stay away from the hype and intense speculation over his selection in the playing XI for the Test series opener against India next month. 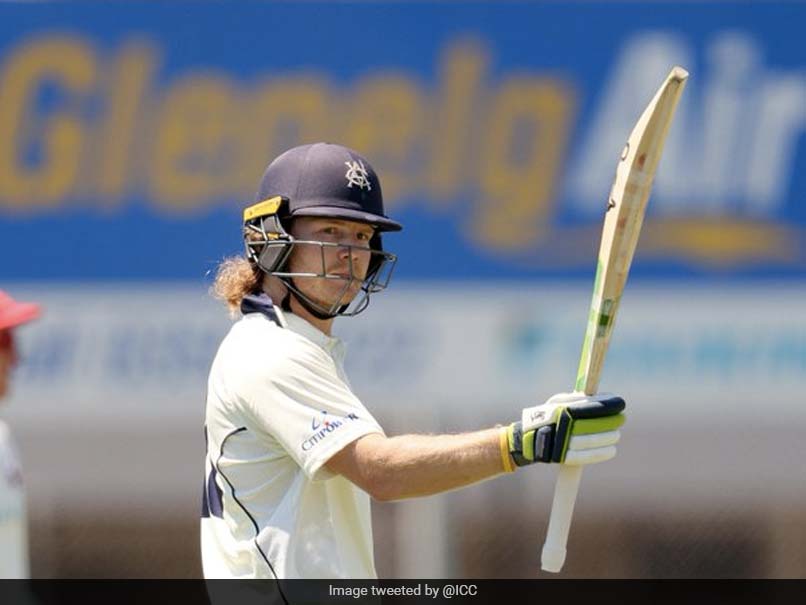 Australia's rising star Will Pucovskihas deactivated his social media accounts to stay away from the hype and intense speculation over his selection in the playing XI for the Test series opener against India next month. Very few young Australian cricketers have generated as much buzz in recent years as Pucovski, thanks to his prolific form in Sheffield Shield. To free himself of all the distractions, he has cut himself off completely from social media. "It's a bit of a media build-up to be honest, the big bat-off thing," he told reporters on Friday.

"All I can really control is how I go about it in my preparation and then obviously in the game so I feel like my batting's in a really good place.

"I'm off a lot of social media, so that makes it a lot easier. You can't get tagged on Twitter and stuff if you don't have the app, so that's been a pretty easy one for me."

The prodigiously talented pair of Pucovski and Cameroon Green were among five uncapped players picked Thursday in a 17-member Australian Test squad for the big-ticket four-match series against India, starting December 17.

In recent times, Australian greats have called for Pucovski's selection in the team following his fine run in domestic cricket -- the 22-year-old struck successive double centuries in his two Shield appearances.

His inclusion has set up a competition with fellow opener Joe Burns, who is feeling the heat after a disastrous start to the first-class summer, though he still seems to have the backing of coach Justin Langer.

"He's been amazing, hasn't he?" Langer had said of Pucovski on Friday.

"That said ... we loved the combination of Joe Burns and David Warner. At this point, I'd say that will remain the same," the coach had added.

Pucovski has also struggled with concussion injuries dating back to a serious hit he took on head in school football.

"Obviously getting hit in the head a lot is not ideal from a physical or mental perspective," he said.

"But I've done a lot of work in that space to try and make sure my process is in a really good place."

India play three ODIs, three T20s and four Testsstarting November 27. The ODI and T20 series will be played in Sydney and Canberra from November 27 to December 8.

The much-anticipated Test series begins with the Day-Night Test at Adelaide from December 17.

Australia Cricket Team Will Pucovski Australia vs India 2020-21 Cricket
Get the latest updates on IPL Auction 2023 and check out  IPL 2023 and Live Cricket Score. Like us on Facebook or follow us on Twitter for more sports updates. You can also download the NDTV Cricket app for Android or iOS.