Australia vs India: Will Pucovski Feels He Has "Earned The Right" To Be Named In Test Squad

Australia vs India: Will Pucovski's inclusion has set up a competition with fellow opener Joe Burns, who is feeling the heat after a disastrous start to the first-class summer. 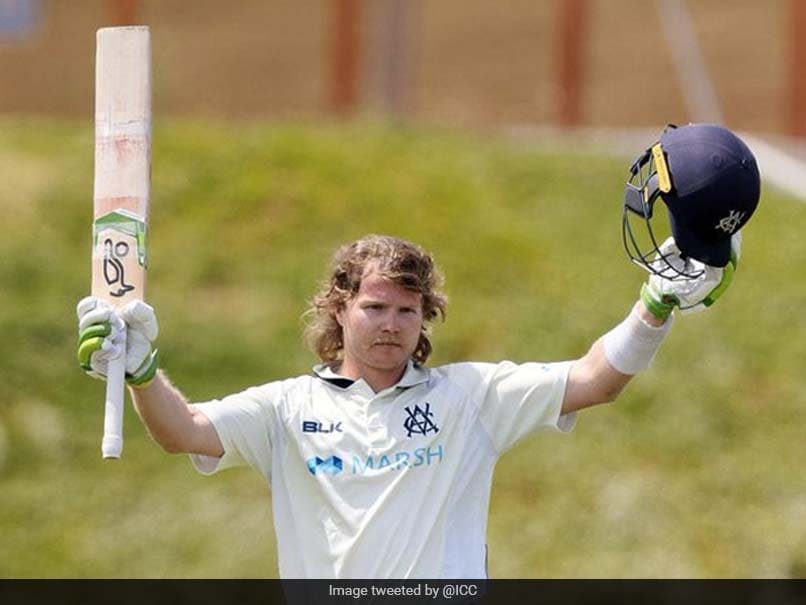 Fast-rising Australian batsman Will Pucovski feels he has "earned the right" to be in the red-ball squad for the series against India and is better prepared to make his Test debut compared to a couple of seasons ago. Pucovski, who was named in a 17-member extended Australian Test squad for the four-match series against India, is coming off back-to-back double hundreds in the Sheffield Shield. Despite missing the opening two rounds of the competition, he has scored 495 runs so far this season in three innings and is currently the tournament's highest run-scorer.

"This time it feels like I've earned the right to be here, and I'm pretty pumped to take the challenge of playing India if I do get the chance," Pucovski said on SEN Radio. The 22-year-old was first named in the Test squad for the 2019 Sri Lanka series but stepped away from the game, citing mental health concerns. It is the first time since then that Pucovski has earned a Test squad call-up.

"I feel like I'm in a much better place to take the opportunity if it presents itself now, than I may have been a couple of years ago. "I was 20 a couple of years ago and I'm 22 now. I've played 15 or 20 more first-class games, and I've put a stack of work in off-field to make sure my life and my cricket is in a really good place," he added.

Very few young Australian cricketers have generated the kind of buzz that Pucovski has managed. His sensational form in the Sheffield Shield has led several Australian greats to call for his selection in the team.

Talking about what has changed since the last call up, Pucovski said: "Probably the difference in feeling is you're excited, but you're ready to do a job this time. "Whereas last time, not that I wasn't ready, but I was probably just so excited to get picked for Australia that I didn't think too much about the job at hand," he added.

Pucovski's inclusion has set up a competition with fellow opener Joe Burns, who is feeling the heat after a disastrous start to the first-class summer. But head coach Justin Langer and skipper Tim Paine both have hinted at persisting with the experienced Burns. The four-Test series will begin with a day/night match at Adelaide from December 17.

Australia Cricket Team Will Pucovski Joe Burns Cricket Australia vs India 2020-21
Get the latest updates on IPL Auction 2023 and check out  IPL 2023 and Live Cricket Score. Like us on Facebook or follow us on Twitter for more sports updates. You can also download the NDTV Cricket app for Android or iOS.