India vs Australia: Virender Sehwag used a screenshot of Rishabh Pant eavesdropping on Ricky Ponting to troll the former Australia captain for his Sydney Test prediction. 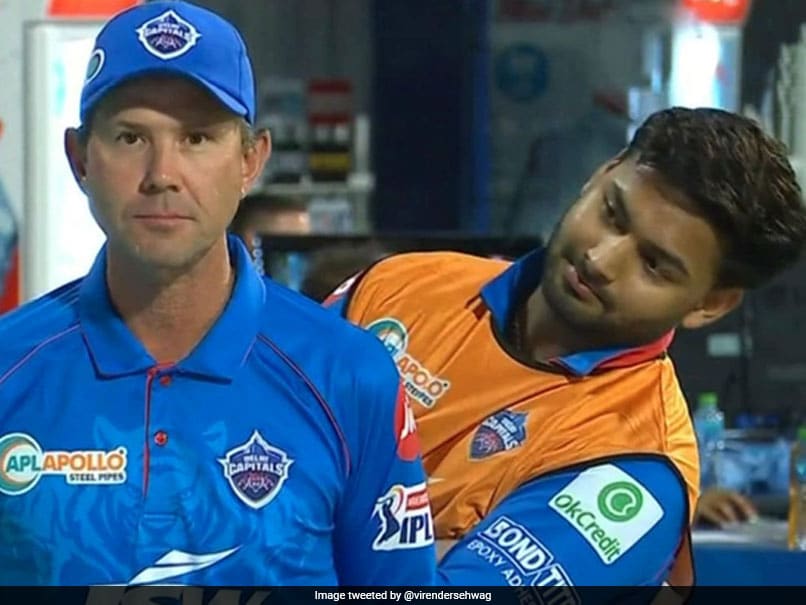 Virender Sehwag found a way to take a sly dig at Ricky Ponting after India pulled off a remarkable drawagainst Australia in the Sydney Test on Monday. Ponting, working as a broadcaster for Channel 7, had predicted in a Q&A session on Twitter that India "won't make 200" in the second innings of the third Test. As it turned out, India finished their second essay on 334 for 5, ending Australia's hopes of taking a lead in the series. Sehwag quote-tweeted Ponting's message with a screenshot from an Indian Premier League (IPL) match where Rishabh Pant is seen eavesdropping on Ponting's chat with IPL broadcasters. Ponting coached Pant at Delhi Capitals in IPL 2020.

Pant's game-changing 97 and Cheteshwar Pujara's 77 helped India maintain a grip on the game in the first session.

However, their dismissals in the second session followed by an injury to Hanuma Vihari meant that India had to play for a draw.

In the end, Vihari and Ravichandran Ashwin batted out 42.4 overs across the last two sessions of the Test to defy Australia and keep the series level at 1-1 with one game to play.

Sehwag posted several tweets from his handle to comment on the game. Like many other Indian fans, Sehwag too criticised Australia batsman Steve Smith, who was seen trying to scuff Pant's guard marks off the crease.

With the Sydney Test drawn, the teams will now move to Brisbane for the fourth and final Test set to begin on January 15 at The Gabba.

Australia Cricket Team Australia vs India 2020-21 Australia vs India, 3rd Test Cricket
Get the latest updates on India vs Australia and check out  Schedule, Results and Live Score. Like us on Facebook or follow us on Twitter for more sports updates. You can also download the NDTV Cricket app for Android or iOS.