India vs Australia: Virat Kohli Says Ajinkya Rahane Will Do A Tremendous Job As Captain

Australia vs India: Virat Kohli said his relationship with vice-captain Ajinkya Rahane is built on "trust and mutual repsect" and backed Rahane to do a tremendous job as captain in the last three Tests. 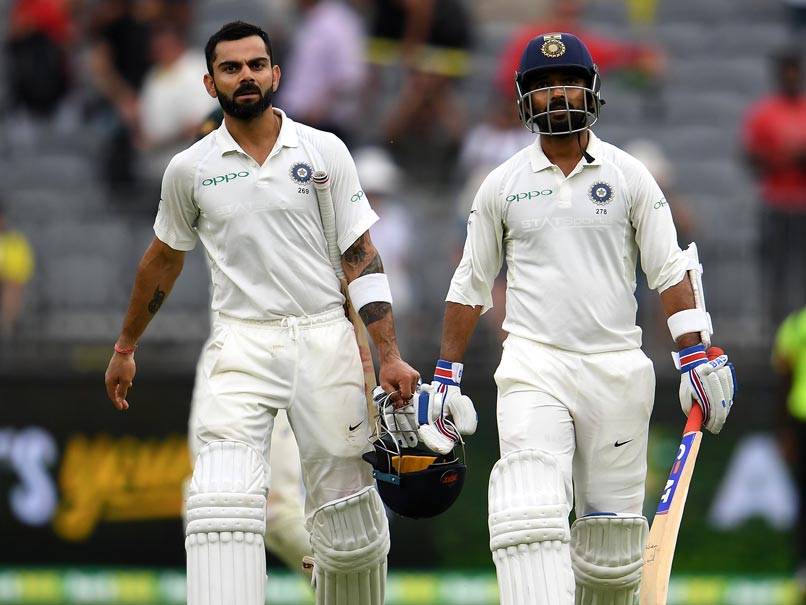 India captain Virat Kohli on Wednesday backed his deputy Ajinkya Rahane to "do a tremendous job" in leading the side once he goes on paternity leave after the first Test against Australia and described their relationship as the one built on "trust and mutual respect". Kohli will head home for the birth of his first child after the day-night game, starting on Thursday, leaving Rahane to captain the side in the remaining three Tests. "Well, firstly we had a lot of mutual understanding and respect over the years, we have had some great partnerships batting together which is based on trust and understanding on what needs to be done for the team," Kohli said when asked how he sees Rahane faring in his absence.

He believes that both have been on the same page and know how this team functions.

"Jinks has done a tremendous job in the two practice games, the tour games that have happened and he seems to be very composed and he knows the strengths of our team and how we need to go about things," he said.

Kohli made it clear that Rahane will certainly follow the template set by him and there is no ambiguity as far as both of them are concerned.

"...we already know the template that we play with and how we want to go about things, so we are absolutely on the same page and I am sure he will do a tremendous job in my absence as well," the skipper seemed very confident.

As of now, Kohli is keen on setting up the base for Rahane to consolidate once he leaves.

"...the focus remains till the time I am here is to be able to provide, you know, captaincy and leadership and performances as a player to the best of my abilities and from then on, I am pretty confident that Jinks will do a tremendous job."

Kohli is confident that Rahane will stand up to the occasion executing the collective vision of the team.

"I have said this previously as well that I feel like this is his time to really step up and perform strongly as an individual and then as a captain as well," he said.

"I think, he will do a great job when I am gone back home, so we are on the same page completely and the vision remains simply to put in good performances and make sure that we are competing every game and the idea is to win the series," he added.

Ajinkya Rahane Australia vs India 2020-21 Cricket
Get the latest updates on SA vs IND 2021-22, check out the Schedule and Live Score . Like us on Facebook or follow us on Twitter for more sports updates. You can also download the NDTV Cricket app for Android or iOS.