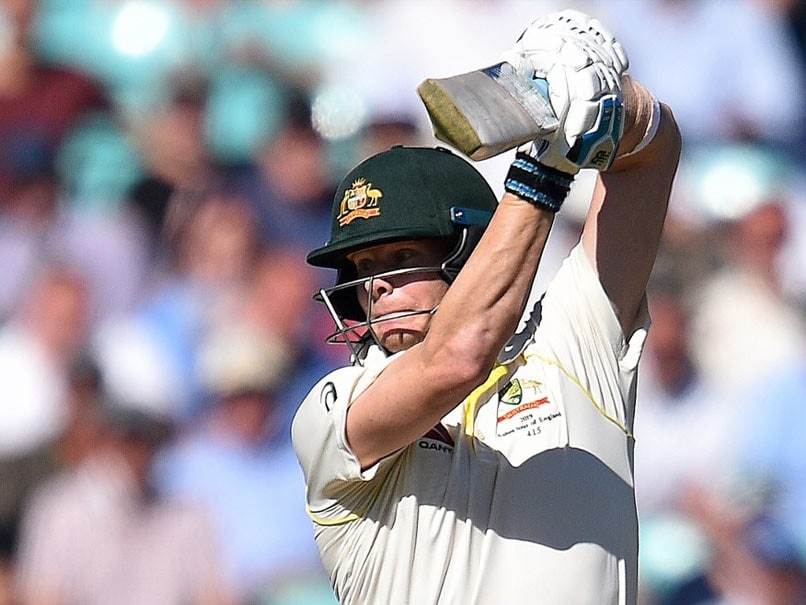 Tim Paine said Steve Smith's preparation has been very good ahead of the Test series vs India.© AFP

Australia skipper Tim Paine hosed down concerns over the fitness of star batsman Steve Smith Wednesday ahead of the opening Test with India, and hinted struggling Joe Burns will keep his spot as opener. Smith, the world's number one Test batsman, was unable to have a net session at Adelaide Oval on Tuesday after appearing to hurt his back during warm-up exercises. But Paine said his no-show was precautionary and the former captain was set to take the field on Thursday in their first-ever day-night Test against Virat Kohli's India, who won their last series in Australia 2-1.

"His preparation has been very good," Paine said of Smith. "He's batted for the last week since we've been in Adelaide. So for him to have a day off might actually be a blessing in disguise.

"He's had a stiff back before. Yesterday was more precautionary," he added.

"He's in to train today, so we'll see how he goes. But come tomorrow, whether he's fit and sore in the back, or stiff in the back, I think he normally gets up, gets through it and finds a way to score runs like he always does."

Australia have been dogged by injuries ahead of the four-Test series, with opener David Warner ruled out of Adelaide with a groin injury and his replacement Will Pucovski also missing as he recovers from a concussion.

"He trained really well with us yesterday and the reports are he's pulled up really well this morning, so all things going well Cam Green will make his Test debut tomorrow," said Paine.

With Green in the team, it looks almost certain that Matthew Wade will be elevated to opener to make room in the middle order.

Whether he replaces incumbent Burns, who has scored just 62 runs from nine first-class innings this summer, or Marcus Harris, drafted into the squad to replace Pucovski, remains to be seen.

But in a strong hint that selectors will show faith in Burns, Paine said they expected to field a similar side to the one that finished the last Australian summer, before the coronavirus prevented any more Tests.

"Obviously his build-up, in terms of runs, hasn't been great but if you look at the work he's done solely in Test cricket for this team, it's been very, very good," Paine said of Burns, who has scored four Test centuries.

"He averages just over 40 in Test cricket. If Joe walks out to bat tomorrow, we've got full confidence in him doing the job, there's no doubt about that."

Steven Smith Tim Paine Joe Burns Australia vs India 2020-21 Cricket
Get the latest updates on ICC T20 Worldcup 2022, check out the Schedule and Live Score. Like us on Facebook or follow us on Twitter for more sports updates. You can also download the NDTV Cricket app for Android or iOS.