Australia vs India: Tim Paine Tight-Lipped On Openers, Will Decide On Playing Future After The Series

India vs Australia: Tim Paine stopped short of revealing Australia's opening combination on the eve of the first Test in Adelaide and said he'll take a call on his playing future after the series. 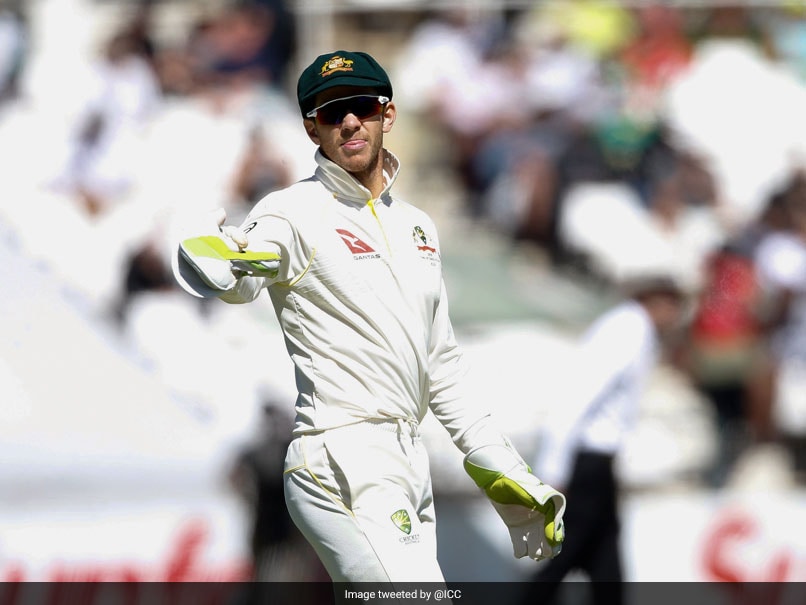 Australia vs India: Tim Paine will take a call on his playing future after the four-match Test series.© ICC/Twitter

His eyes are firmly set on the challenge India is set to pose in the Test series, starting Thursday, but Australia Test captain Tim Paine on Wednesday revealed that he has been discussing his future with coach Justin Langer and chairman of selectors Trevor Hohns. Paine was pushed into the job after Steve Smith's unceremonious removal from the post following the ball-tampering scandal. Paine knows well that he isn't a powerhouse performer like his predecessor but believes that he has been playing his role to perfection in the current Australian set up.

"We will wait and see," the 36-year-old Paine said during a virtual conference when asked if he has been contemplating his future both as a player and a leader.

"From the very first time I came back into this Test team, when I wasn't the captain, I wouldn't look past another series. When you are young, things can be taken away from you really quickly.

"At the moment, the focus is on Adelaide and then Melbourne, and so on for the rest of the series and then we will see. I have been talking to Trevor Hohns and JL (Langer) about when and how we might look into the future but right now my eyes are firmly set on the series."

For someone without a Test hundred in 31 appearances and a modest batting average of just 30 plus, Paine said that he has performed his role which includes batting with the tail.

"In terms of my captaincy, it's been okay as I have a role to play in this group like everyone else does. As long as I keep doing that, we are all happy.

"My job is to keep and captain and score some handy runs with the tail and yeah that's my role. It's going for me pretty well."

A lot of cricketers have complained about fatigue of consistently staying in a bio-bubble but for Paine, that's not exactly a reason which should curtail his longevity in competitive cricket.

"...Before we got here we did discuss what this year is going to look like. Obviously with the Test summer, guys were going to be a bit fatigued. We are trying to get on to be honest. It is what it is."

A practical man, Paine said that a lot of people are going through a lot more than staying in a bio-hub and playing Test cricket.

"There's lot worse things that you could be doing rather than playing Test cricket for your country, to be in a hub, staying in nice hotels and eating good food. So we are still very lucky, to be doing what we are doing," the skipper said.

"Obviously, there is going to be a bit of fatigue for guys who has been doing it for months. It's up to guys like myself and few others who haven't been there to drive the energy of this group."

The options for opening slot are still fluid and Paine didn't want to give away anything despite the persistent questioning from the home media on whether Joe Burns with his wretched run of form is still an option.

"Look, if Joe walks out to bat tomorrow, we have full confidence in him, to do his job. Stability in good sports team is important and that's what we have tried to build in last two years."

He however did agree that Matthew Wade is an option considering his gutsy temperament.

"We have a number of guys ready to open the batting. We are just waiting. Wadey, we saw last year against New Zealand during that short ball stuff, he is ready to put his body on the line, we know he is tough as nails and do his job wherever he bats," Pane said.

"We have a scenario where we could have a different opener and we have a number of guys who are ready to do it."

Matthew Wade Justin Langer Australia vs India 2020-21 Cricket
Get the latest updates on ICC T20 Worldcup 2022, check out the Schedule and Live Score. Like us on Facebook or follow us on Twitter for more sports updates. You can also download the NDTV Cricket app for Android or iOS.