India vs Australia: Tim Paine was involved in a heated verbal exchange with R Ashwin on Day Five of Sydney Test and the Australian captain didn't earn any plaudits for that. 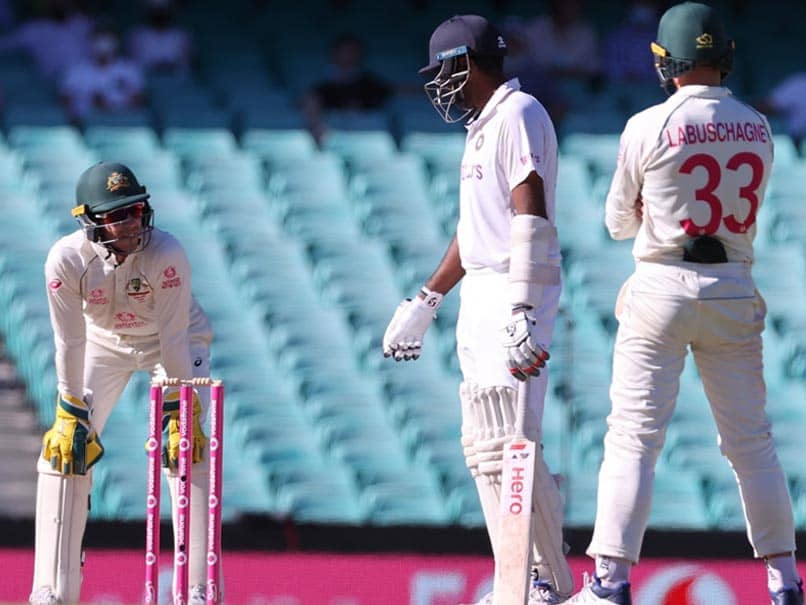 Australia captain Tim Paine did not have the best day at the Sydney Cricket Ground on Monday as not only did his team fail to pull off a win after being in the drivers' seat for a better part of two sessions but he also dropped three catches to help India on their way to a great escape. Chasing 407 runs to win, India finished 334 for 5 after Ravichandran Ashwin and Hanuma Vihari batted through the final session of the Test and drew the game. Paine tried to distract Ashwin with verbal volleys in the first half of the third session but Ashwin kept his calm and even gave it back to the Australian wicket-keeper.

Vihari edges and a chance goes down late on the final day...

The chatter, some of which was caught on the stump mic, irked many cricket fans who criticized Paine for sledging Ashwin.

"Tim Paine seems to be better at sledges than edges," wrote one Twitter user.

Tim Paine seems to be better at sledges than edges.

Those who could transcribe the conversation off the stump mic audio quoted Paine and Ashwin's words and took sides.

"Haha I love Ravi Ashwin. Tim Paine chirping away and he just patiently waits before saying "Tell me when you're finished," wrote another user.

Haha I love Ravi Ashwin. Tim Paine chirping away and he just patiently waits before saying "Tell me when you're finished." #AUSvsIND

Ashwin pulled out of deliveries from Nathan Lyon in one of the overs in the third session even as Paine continued to chirp away.

Moments later, a tough chance off Vihari's bat went begging as Paine, who dived in front of first slip to grab the ball that was dying on him, failed to latch on.

"Tim Paine's lips and gloves - both don't shut on time," one user was scathing in their assessment.

Tim Paine's lips and gloves - both don't shut on time.

Ashwin and Vihari soldiered on for a draw and the teams will now meet in Brisbane for the fourth and final Test with the series on the line.