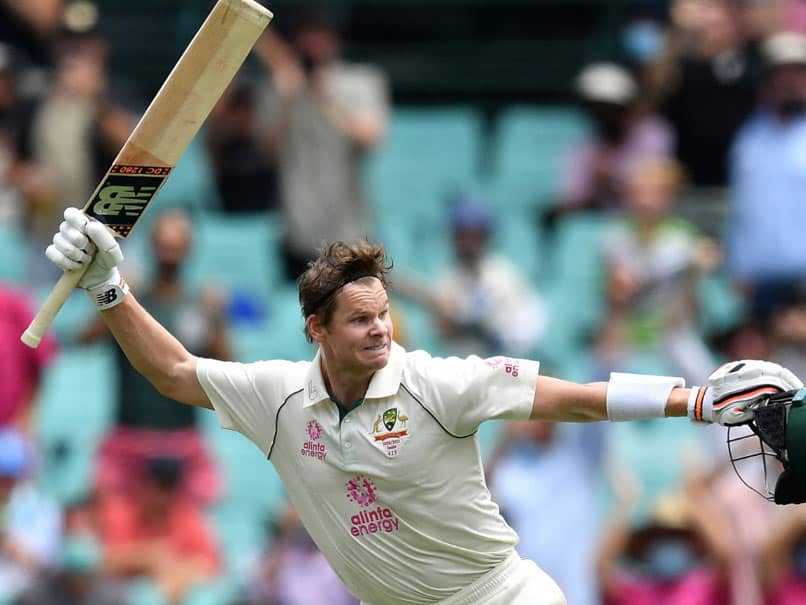 India vs Australia: Steve Smith registered his first hundred of the series in Sydney.© AFP

Former Australia pacer Shane Lee has said that Steve Smith is looking really angry lately and same signs like "Sandpaper Gate" could emerge if Cricket Australia does not take prompt action. Smith was seen scuffing up the area around the batting crease on day five of the third Test between India and Australia at the Sydney Cricket Ground and social media users started questioning the Australia batsman for his gamesmanship. "He was not trying to cheat, but he should not be on the wicket. I am really really concerned about some of our behaviour," Lee told Fox Cricket.

"Steve Smith scored a fantastic hundred in Sydney and the way he reacted afterwards, I thought, there is a real anger there. It is disturbing.

"You wind forward to this Test: I am seeing the same signs as before Sandpapergate. I am seeing someone like Smith who is getting really, really angry."

Smith, David Warner, and Cameron Bancroft were handed bans for their involvement in ball-tampering scandal that surfaced in the 2018 Test against South Africa at Cape Town.

Warner and Smith returned to action in 2019, but Lee believes that Smith lately has been looking very angry and this is not a good sign.

"I think that Smith, Warner, and Bancroft should have been punished for what they did. It was appalling. But the way they were handled by Cricket Australia - they were given no support," Lee said.

"I am feeling really worried about this guy (Smith). I really want Cricket Australia, or someone within that organisation to make sure this guy's alright.

"Because he's a champion batsman, and he's not a cheat. We really need to look after these guys from a mental health perspective," said Lee.

India and Australia will play the fourth and final Test at The Gabba, Brisbane, beginning December 15.

The hosts had won the first Test while visitors came back strongly in the second Test. Currently, the series stands level at 1-1.

Steven Smith Australia vs India 2020-21 Cricket
Get the latest updates on India vs Australia Series, check out the India vs Australia Schedule for 2020-21 and Ind vs Aus live score . Like us on Facebook or follow us on Twitter for more sports updates. You can also download the NDTV Cricket app for Android or iOS.