Australia vs India: With the first match of the Australia-India series just four days away, the Indian team looks relaxed and ready for action. 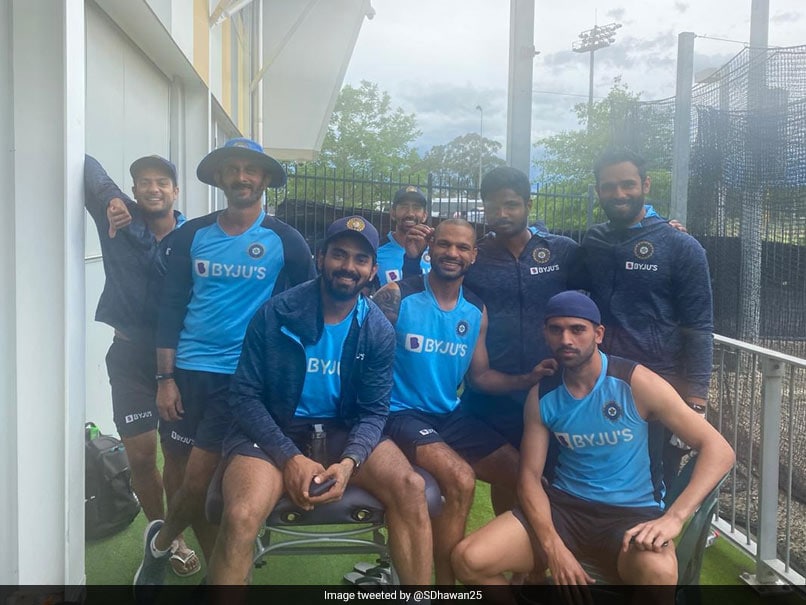 The Indian Cricket Team is in Sydney ahead of the first match of the Australia-India series.© Twitter

The Indian cricket team is in Sydney, completing their quarantine ahead of the long tour of Australia. Opening batsman Shikhar Dhawan took to Twitter to share a picture from training along with members of the Indian contingent Down Under, where they be seen all smiles. "Squad goals," Dhawan captioned the picture. Apart from Dhawan, the picture stars KL Rahul, Mayank Agarwal, Sanju Samson, Wriddhiman Saha and Deepak Chahar. Team India batting coach Vikram Rathour can also be seen in the team photo.

The Indian team arrived in Australia after the conclusion of the Indian Premier League (IPL) 2020 in the United Arab Emirates.

India will begin their tour of Australia with a three-match ODI series. The first match is slated for Friday at the Sydney Cricket Ground.

The second ODI will also be played in Sydney, while the third and final game will take place in Canberra.

The 50-overs affair will be followed by three T20 Internationals (T20Is).

While the first T20I will be at the Manuka Oval in Canberra, the two teams will return to Sydney for the final two games.

The limited-overs leg will be followed by a four-match Test series.

The first Test will be the day-night match at the Adelaide Oval, followed by the Boxing Day Test in Melbourne.

Sydney will host the third Test, while the final match will be played at the Gabba in Brisbane.

Wriddhiman Saha Mayank Agarwal Deepak Chahar Cricket
Get the latest updates on IPL Auction 2023 and check out  IPL 2023 and Live Cricket Score. Like us on Facebook or follow us on Twitter for more sports updates. You can also download the NDTV Cricket app for Android or iOS.