Australia vs India: Shikhar Dhawan's Preparations In "Full Swing" Ahead Of An "Important" Tour. Watch

Australia vs India: Shikhar Dhawan had a hit in the nets on Monday as Team India geared up for their upcoming series in Australia. 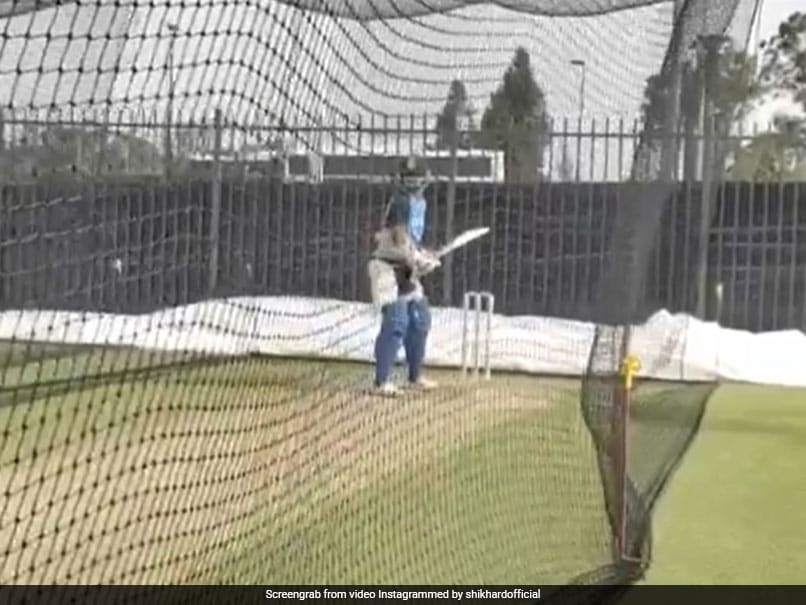 Shikhar Dhawan had a hit in the nets in Sydney ahead of India's limited-overs series against Australia.© Shikhar Dhawan/Instagram

Shikhar Dhawan's preparations are in full swing for an "important tour ahead" as he showed in a video posted on his social media channels. Dhawan hat a hit in the nets in Sydney, where Team India is based and players are training ahead of the first game of the Australia tour - the first of the three-match One-day International series - on November 27. Dhawan is part of the squad for the limited-overs series - three ODIs and three Twenty20 Internationals to be played from November 27 to December 8 in Sydney and Canberra.

"Preparations in full swing for an important tour ahead," wrote Dhawan as caption for the post.
Dhawan is coming into the tour on the back of a good run in the recently-concluded Indian Premier League (IPL) 2020.

The left-handed opening bat finished as the tournament's second-highest scorer with 618 runs at 44.14 with two centuries and four half-centuries.

Dhawan, who will turn 35 in December this year, has played 34 Tests, 136 ODIs and 61 T20Is for India and was last seen in India colours in an ODI against Australia in Bengaluru in January this year.

In addition to the white-ball matches, India will alsoplay four Tests as part of the World Test Championship.

The first Test will be a day-night affair in Adelaide from December 17. The remaining three will be played in Melbourne (December 26-30), Sydney (January 7-11) and Brisbane (January 15-19).
Dhawan, who will slot in at the top of the order in ODIs and T20Is, is not part of the Test squad.

Shikhar Dhawan Australia vs India 2020-21 Cricket
Get the latest updates on IPL Auction 2023 and check out  IPL 2023 and Live Cricket Score. Like us on Facebook or follow us on Twitter for more sports updates. You can also download the NDTV Cricket app for Android or iOS.