Australia vs India: Rishabh Pant redeemed himself spectacularly with the bat in Australia and his much-criticised wicket-keeping skills are also on the mend, feels senior India stumper Wriddhiman Saha. 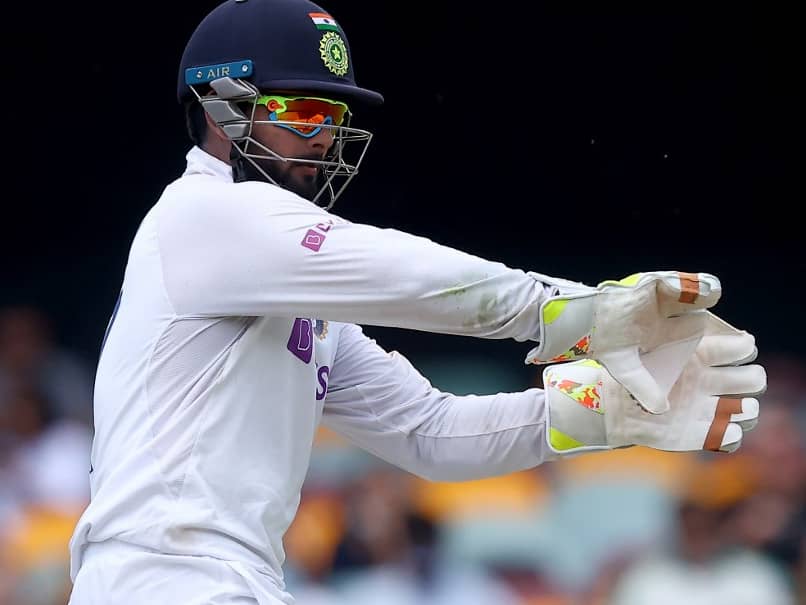 AUS vs IND: Both Rishabh Pant and Wriddhiman Saha have been picked for the first 2 Tests against England.© AFP

Rishabh Pant the batsman redeemed himself spectacularly in Australia and his much-criticised wicket-keeping skills are also on the mend, feels senior India stumper Wriddhiman Saha who wants the youngster to be given some breathing space as "no one learns algebra in class 1". Saha, who is considered India's number one Test wicketkeeper, told PTI in an interview that he does not believe that Pant's heroic show in Australia would close the door for him in the Indian team.

"You can ask him (Pant), we have a friendly relationship and help each other whoever gets into the XI. Personally, there's no conflict with him," Saha said after returning home following the historic Test series win in Australia.

"I don't see who is No.1 or 2... Team will give a chance to those who do better. I will continue to do my job. Selection is not in my hands, it's up to the management."

Saha was all praise for the 23-year-old Pant, whose 89 not out on the fifth day sealed the match for India at the Gabba for a 2-1 series win.

"No one learns algebra in class I. You always go step by step. He is giving his best and will definitely improve. He has matured and proved himself. In the long run, it augurs well for the Indian team," he said of Pant who has often been found wanting behind the stumps.

"The way he has shown his intent after being sidelined from his favourite T20 and ODI formats was really exceptional."

Since the Brisbane show, Pant is being compared incessantly with the legendary Mahendra Singh Dhoni but Saha said: "Dhoni will remain Dhoni and everyone has his own identity".

Saha scored 9 and 4 in the Day/Night Adelaide Test where India were shot out for a record low of 36 and he did not play in the remaining three matches.

"Anyone can go through a bad phase. A professional player always accepts the highs and lows, be it with form or criticism," the 36-year-old said.

"I was unable to score runs that's why Pant got the chance. It's as simple as that. I always focused on improving my skills...It's the same approach now," he said.

He said the series win was "no less than a World Cup triumph" because of the way the team bounced back from 36 all out in Adelaide despite injuries to key players.

"Even though I did not play (in three matches), I enjoyed every moment of it. We faced challenges in putting up 11 players, so it was an outstanding feat, an outstanding team effort. Definitely, it will be one of our greatest series wins," he said.

Saha said India may not have known the outstanding depth in their reserve bench had they not faced the crisis situation of several players injuring themselves.

Captain Virat Kohli had left after the first Test on paternity leave.

"It was about instilling self-belief and going session by session. The series win last time also played in our minds," Saha said.

Both Pant and Saha have been picked for the first two Tests in the home series against England next month, and it remains to be seen whether the team think tank will play the veteran as a specialist wicketkeeper.

"He goes about his job with a cool head. Like Virat, he too has full belief in his players. Unlike Virat, he never shows any excitement. Approach is a bit different, Rahane stays calm always, never loses temper. He knows well how to motivate the players. That is his success mantra."

Wriddhiman Saha Cricket
Get the latest updates on India vs England Series, India vs England , live score and IPL 2021 Auction . Like us on Facebook or follow us on Twitter for more sports updates. You can also download the NDTV Cricket app for Android or iOS.