India vs Australia: Ravindra Jadeja called his successful run-out attempt to send back Steve Smith on Day 2 of 3rd Test as "one of my best efforts." 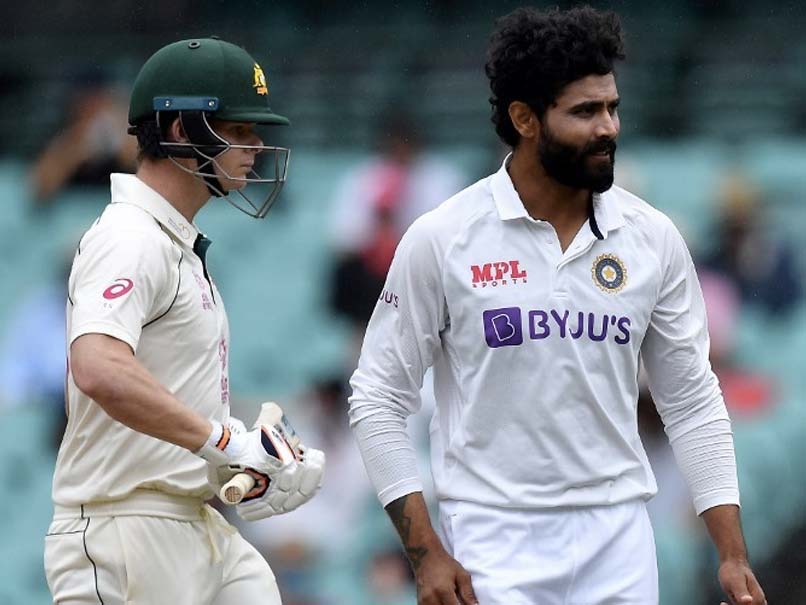 India all-rounder Ravindra Jadeja hogged the limelight on Friday not for his four wickets, but for his brilliant effort on the field to run out Australia batsman Steve Smith at the Sydney Cricket Ground. With Smith looking good after registering his 27th Test century, the run out ended Australia's first innings on 338. Jadeja enjoyed his rocket-arm throw and said it was one of his best efforts. The all-rounder also termed Smith's dismissal as his favourite run-out. "I will rewind and play this run-out as this is one of my best efforts," Jadeja told the media during the virtual press conference at the end of the second day's action at the SCG.

"A direct hit from outside the 30-yard circle. This my favourite and best run-out. Three or four-wicket hauls are fine but this run-out will stay with me," he added.

At stumps on the second day, India's score read 96/2 -- trailing Australia by 242 runs with eight wickets in the bag -- with stand-in skipper Ajinkya Rahane (5) and Cheteshwar Pujara (9) at the crease.

The two Indian wickets in form of Rohit Sharma and Shubman Gill in the final 90 minutes of play on day two tipped the scale slightly in favour of the hosts.

With Australia looking to roar back into the game, Rahane and Pujara ensured that the hosts didn't make any further inroads.

Steven Smith
Get the latest updates on Fifa Worldcup 2022 and check out  Fifa World Cup Schedule, Stats and Live Cricket Score. Like us on Facebook or follow us on Twitter for more sports updates. You can also download the NDTV Cricket app for Android or iOS.