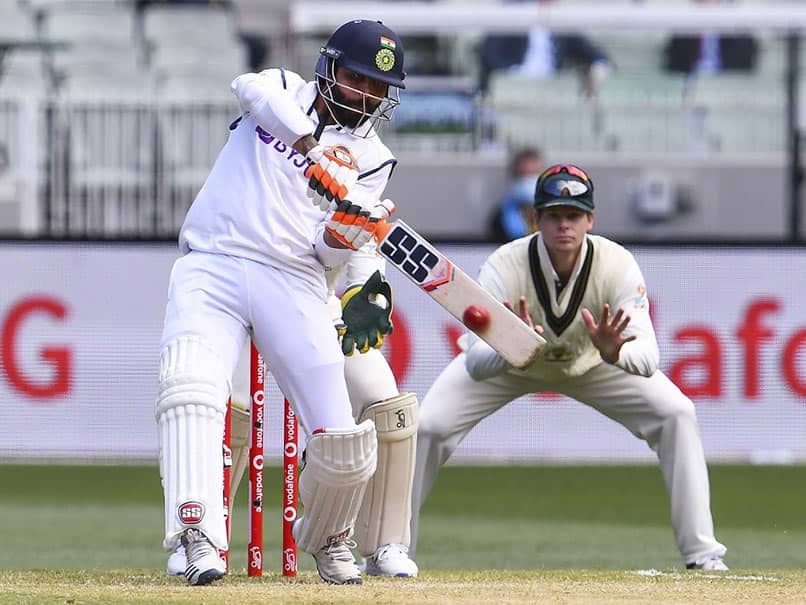 India skipper Ajinkya Rahane on Wednesday hailed Ravindra Jadeja's contributions in the longest format, saying that the all-rounder has really improved his batting. Rahane's remark came as India gets ready to play Australia in the third Test of the four-match series at the Sydney Cricket Ground (SCG), set to begin from Thursday. Jadeja had missed the first Test, but he came back for the second Test and he had an immediate impact. Jadeja scored 57 runs with the bat and he managed to pick three wickets as well.

"Jadeja has been really good, he has been doing really well for us in Test cricket, especially with the bat. His bowling – we all know he can contribute," Rahane said during a virtual press conference.

"As a batsman Jadeja has improved a lot and that's a massive thing from the team's perspective when you know you're number seven can contribute with the bat, you know a good score can be achieved.

"You can see him in the field as well, he has taken brilliant catches and his addition in the team helped us a lot," he added.

Over this week, there have been reports regarding India not being in favour of playing the fourth Test at Brisbane due to harder quarantine protocols.

However, Rahane clarified that the side is not at all annoyed and a call will be taken by the BCCI.

Both the Indian and Australian teams moved to Sydney on Monday after every member of their respective contingent tested negative for COVID-19.

Ravindra Jadeja Australia vs India 2020-21 Cricket
Get the latest updates on India vs England Series, India vs England , live score and IPL 2021 Auction . Like us on Facebook or follow us on Twitter for more sports updates. You can also download the NDTV Cricket app for Android or iOS.