Australia vs India: Rain Washes Out India's Practice Session At MCG On Sunday

Australia vs India: In the absence of outdoor activities, the players had a gym session as they continued their preparations for the third Test starting in Sydney from January 7. 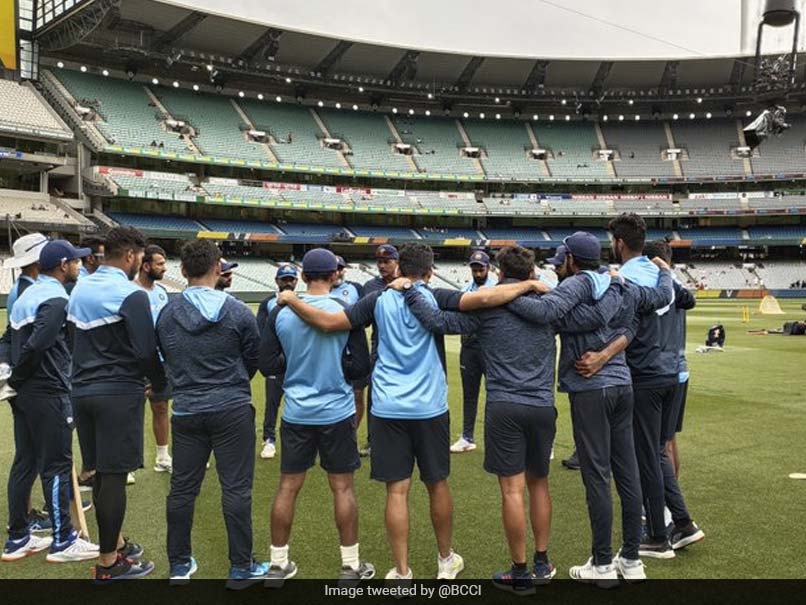 AUS vs IND: India will be high on confidence having registered a win in the 2nd Test.© Twitter

India's practice session at the Melbourne Cricket Ground (MCG) was cancelled on Sunday due to rain. "India's practice session today at the MCG has been cancelled due to rain," a Board of Control for Cricket in India (BCCI) message read. On Saturday, Cricket Australia (CA) had said that Rohit Sharma, Rishabh Pant, Shubman Gill, Prithvi Shaw, and Navdeep Saini have been put in isolation as a precautionary measure after the five players were seen eating at an indoor venue in Melbourne on New Year's Day. The Cricket Australia release had said: "In the interim, on the advice of the Australian and Indian medical teams, the aforementioned players have been placed in isolation as a precaution. This will include separating the group of players from the broader Indian and Australian squads when travelling and at the training venue."

The BCCI and CA were alerted to a video post on social media that purported to show Rohit, Pant, Gill, Shaw, and Saini eating at an indoor venue in Melbourne on New Year's Day. The BCCI and CA are now investigating the matter and seeking to determine whether the outing constitutes a breach of biosecurity protocols. The players will be permitted to train in accordance with the strict protocols that have been put in place to ensure the ongoing safety of all members of the Indian and Australian squads.

"Similar measures were taken during the BBL this season after it was determined two Brisbane Heat players failed to comply with tournament biosecurity protocols," CA had said.

India will be high on confidence going into the third Test as they secured an eight-wicket win over the hosts in the second Test. After a horrendous show in the first Test which saw the visitors getting bundled out for 36 in the second innings, India staged an epic turnaround in Kohli and Mohammad Shami's absence to clinch the Boxing Day Test.

The third Test will begin on January 7.