India vs Australia: How India Have Fared At Melbourne Cricket Ground 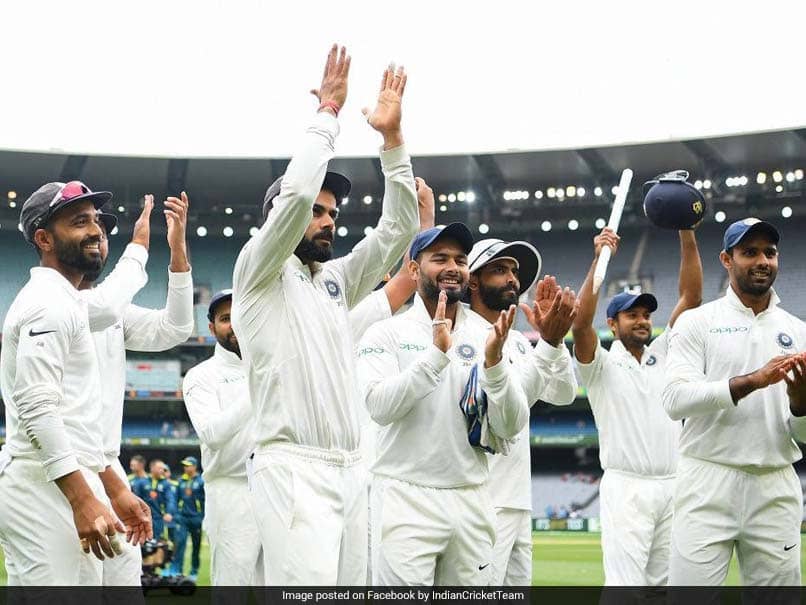 Australia vs India: India won the last Test match they played at the MCG, on their 2018-19 tour.© Indian Cricket Team/Facebook

India and Australia square off in the Boxing Day Test starting December 26 at the hallowed Melbourne Cricket Ground (MCG) and India will look for a repeat of the performance they put in the last time they were at the venue. On India's 2018-19 tour, the visitors had clinched the Border-Gavaskar series by winning the third Test at the MCG in what was India's third victory at the 'G' in 13 attempts. The other two wins came in 1977-78 and 1981.

Australia clinched the first-ever Test they played against India at the MCG by 222 runs. Sir Donald Bradman scored centuries in both innings as Australia posted 394 and 255/4 declared. India declared on 291/9 in the first innings and were bowled out for 125 in the second, chasing 359 runs.

Australia piled up a mammoth 575/8 declared and then shot India out for 331 and 67 to win by an innings and 177 runs. Neil Harvey hit 153 for the hosts while Bradman got 57. Vinoo Mankad hit 111 for India in the first innings but the team capitulated in the second.

Mansur Ali Khan Pataudi's valiant 75 in the first innings followed by 85 in the second were in vain as centuries from Bob Simpson (109), Bill Lawry (100) and Ian Chappell (151) helped Australia win by an innings and four runs. India were bundled for 173 and 252 against Australia's 529.

India registered their first win at the MCG in 1977-78 when Bishan Singh Bedi and Bhagwath Chandrasekar combined to pick up 18 of the 20 Australian wickets in an emphatic 222-run victory. Gundappa Viswanath hit fifties in both innings while Sunil Gavaskar hit a century in the second. India made 256 and 343 against Australia's 213 and 164.

Arguably the most iconic of all of India's wins at the MCG came when Kapil Dev ran through Australia in the second innings of the 1981 Test. Defending only 143, India won by 59 runs as Kapil Dev returned 5/28 in a menacing spell of 16.4 overs to bowl the hosts out for 83. Viswanath scored a century in the first innings as India made 237 and 324. Australia got 419 in the first innings.

Kris Srikkanth, Kapil Dev and Dilip Vengsarkar got fifties for India and Greg Matthews hit a century for Australia as the teams played a draw in the 1985 Test. India made 445 and 59/2 against Australia's 262 and 308.

Australia romped to an eight-wicket win courtesy a 12-wicket match-haul by Bruce Reid and fifties from Geoff Marsh, Dean Jones, Ian Healy and Mark Taylor. India were bowled out for 263 and 213 as Australia got 349 and 128/2.

Sachin Tendulkar's 116 in the first innings and 52 in the second were in vain as Australia beat India by 180 runs. Michael Slater, Ricky Ponting, Adam Gilchrist and Mark Waugh all got fifties as Australia made 405 and 208/5 declared and bowled India out for 238 and 195.

Virender Sehwag's 195 was overshadowed by Ricky Ponting's 257 and Matthew Hayden's 136 as Australia aced a run-fest, winning by nine wickets. The hosts replied to India's 366 with 558 in the first innings before bowling the Indians out for 286 in the second essay.

Hayden was the star once again with 124 in the first innings that helped Australia to 343. They backed that up with 351/7 declared in the second even as India were dismissed for 196 and 161 to lose by 337 runs.

A Test that will be remembered as MS Dhoni's last was drawn as India replied to Australia's 530 with 465 in the first innings and riposted the hosts' 318/9 declared with 174/6 in the second innings before stumps were drawn. Steve Smith hit 192, which was matched by Virat Kohli's 169 and Ajinkya Rahane's 147 in the first innings.

India won their first-ever Test series on Australian soil on their 2018-19 tour and they took a 2-1 lead in the series by winning the Melbourne Test by 137 runs. Cheteshwar Pujara's 106 took India to 443/7 declared in first innings before Jasprit Bumrah ran through the Australia line-up, picking nine wickets in the match as Australia were bowled out for 151 and 261.

India Cricket Team Australia vs India 2020-21 Cricket
Get the latest updates on IPL 2021, IPL Points Table , IPL Schedule 2021 , live score . Like us on Facebook or follow us on Twitter for more sports updates. You can also download the NDTV Cricket app for Android or iOS.