Hardik Pandya Will Be Crucial Part Of Test Squad If He Starts Bowling, Says Virender Sehwag

Virender Sehwag has said that Hardik Pandya would have been part of the Test team in Australia if he was fit to bowl. 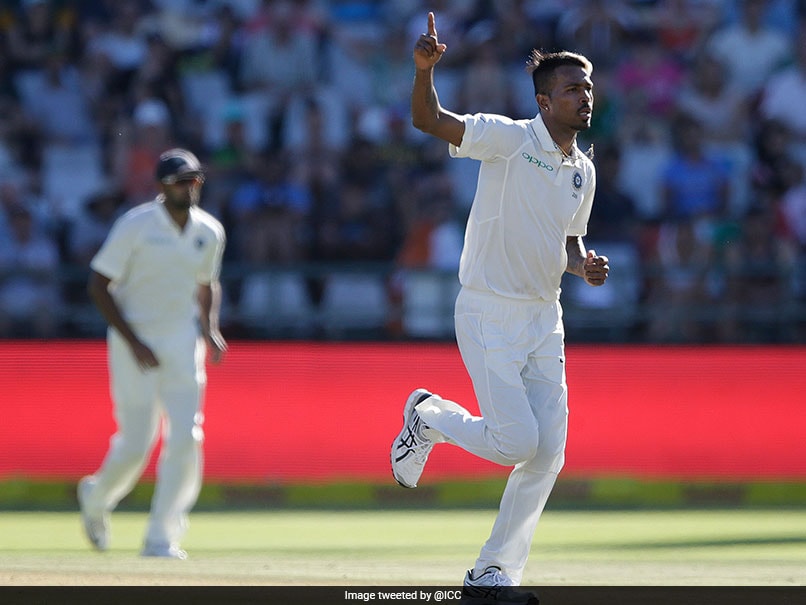 Hardik Pandya celebrates a dismissal during a Test match in 2018.© Twitter

Former India opener Virender Sehwag feels all-rounder Hardik Pandya will be a key member of the Indian Test squad if he starts bowling. Due to a back injury, Hardik had stopped bowling and only contributed with his batting in the recently concluded 13th edition of Indian Premier League (IPL). The fast-bowling all-rounder also played as a pure batsman in the white-ball series against Australia. However, the all-rounder did bowl a few overs in the second ODI against Australia, to cater to the need of a sixth bowling option for the Men in Blue. Sehwag also said Hardik might have told selectors not to consider him for the Test series, as he is not playing as an all-rounder in the side.

"If he was bowling, then he would have been a part of the Test team. It is possible Hardik Pandya might have told the selectors not to consider him for the Test matches as he is not bowling fit, and that he will only play in the ODIs and T20Is, and that he will join back his family," Sehwag said on the Sony Sports Network.

"But no doubt when he starts bowling, he will be a crucial part of the Test team because the manner in which he bats in ODI cricket or T20Is, imagine if he starts scoring those quick runs at No.6 or No.7 in Test cricket, India will be in a good position to win Test matches," he added.

India and Australia will now be seen in action in the upcoming four-match Test series. The series will be telecast on Sony Ten 3, and Sony six channels. The first Test of the series will be a pink-ball contest, beginning December 17.

Australia had won the ODI series, while the Men in Blue walked away with the honours in the T20I series. Meanwhile, opener Rohit Sharma has been declared fit by the physios at the National Cricket Academy (NCA) following his hamstring injury during the IPL.

The batsman had reached the NCA in Bengaluru on November 19 and was set to undergo a fitness test on Friday. Speaking to ANI, sources in the know of developments said the batsman is fit for the rigours of international cricket.