Rohit Sharma cleared the much-awaited fitness test at the National Cricket Academy in Bengaluru and will head for Australia on December 14. 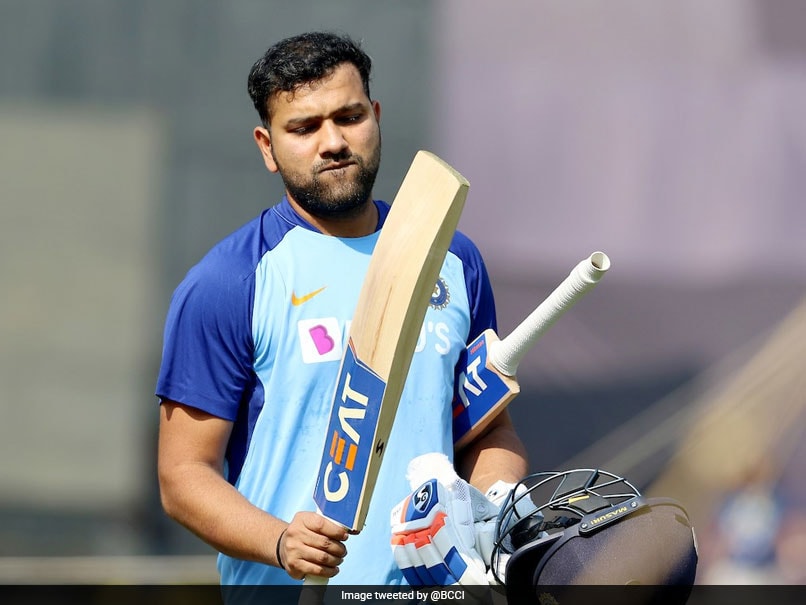 Rohit Sharma will leave for Australia on December 14.© Twitter

India on Friday received a massive boost ahead of the start of the four-Test Border-Gavaskar Trophy series against Australia. Star batsman Rohit Sharma. who underwent a fitness test at the National Cricket Academy (NCA) in Bengaluru, has been passed fit and will leave for Australia on December 14. Rohit Sharma had suffered a hamstring injury during the Indian Premier League (IPL) 2020 season, but took part in the final. He was, however, deemed unfit for the rigours of Test cricket, and went to the NCA for rehabilitation.

India already will be without captain Virat Kohli after the first Test end in Adelaide after he was given a paternity leave. The news of Rohit Sharma regaining full fitness will surely be a huge sigh of relief for the Indian camp in Australia.

Rohit will go into quarantine after reaching Australia, it is unclear how long he will stay in isolation before he is allowed to join the rest of the squad.

And while he will definitely not be part of the playing XI in the first Test, there is no confirmation on his availability for the second match.

India play a four-Test series against Australia, starting on December 17 in Adelaide. The visitors will be looking to replicate the successes of the last tour, when the team, led by Virat Kohli, became the first Indian side to win a Test series Down Under.

However, one thing that went in India's favour during that series was the bans on Steve Smith and David Warner.

And while Smith will be part of the playing XI for the Test, Warner has been sidelined due to injury. The hosts will hope Warner is fit for the second Test that begins in Melbourne on December 26.

India began their 2020 tour with back-to-back losses in the ODI series. They bounced back brilliantly, winning the final ODI match.

They then, won the first two T20Is to clinch the series with a game remaining but were unable to whitewash the hosts, who managed to win the final T20I encounter in Sydney.

Rohit Sharma Australia vs India 2020-21 Cricket
Get the latest updates on ICC Women's Cricket World Cup 2022 and IPL 2022, check out the Schedule , Live Score and IPL Points Table. Like us on Facebook or follow us on Twitter for more sports updates. You can also download the NDTV Cricket app for Android or iOS.