Australia vs India: VVS Laxman hailed Hardik Pandya's "excellent" gesture of handing over the Man of the Series award to T Natarajan after the T20I series concluded on Tuesday. 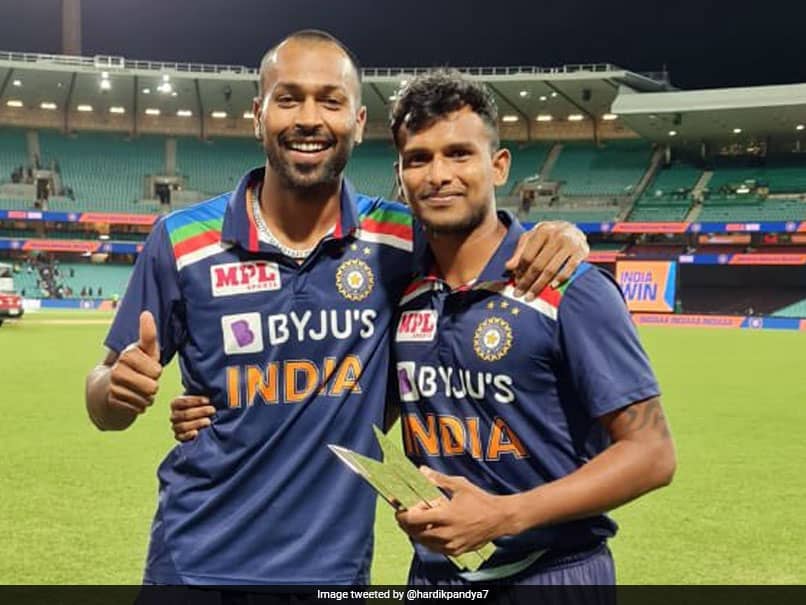 Former Indian cricketer VVS Laxman on Wednesday hailed Hardik Pandya's leadership qualities after the all-rounder decided to hand over his Man of the Series award to newcomer T. Natarajan. Natarajan, who came to Australia as an additional bowler, not only made his debut but also impressed with his bowling. Laxman said it was an ''excellent'' gesture by Pandya and added that there is no doubt Natarajan will continue to work hard in the future. "Excellent gesture from @hardikpandya7 Great to see him exhibiting qualities of a leader. Also feel very happy for @Natarajan_91. I have no doubt Nattu will continue to work hard and show improvement and progress in his craft. Good luck," Laxman tweeted.

Excellent gesture from @hardikpandya7 Great to see him exhibiting qualities of a leader. Also feel very happy for @Natarajan_91 I have no doubt Nattu will continue to work hard and show improvement and progress in his craft. Good luck. pic.twitter.com/aqvfrMR3xG

Speaking to ANI on handing Natarajan the Man of the Series award, Pandya on Tuesday had said he strongly believes in backing people to achieve their dreams and for him, the youngster truly deserved the award.

"I want people to believe in themselves and to achieve anything even if odds are against them. It's just my way of appreciating his hard work over the years. For me, Natrajan deserves the Man of the Series award. To perform so brilliantly on his debut speaks volumes of his belief and the talent he possesses," Pandya said.

While Natarajan picked just two wickets in the ODIs, he finished with six wickets in the three-match T20I series - the most by any player in the series.

In fact, it was the manner in which he kept bowling the yorkers that impressed one and all with the pacer drawing comparisons with Zaheer Khan.

Skipper Virat Kohli said the pacer can be an asset for the team.

"Natarajan... special mention for him as in absence of Bumrah and Shami he has been the guy who has stood up and really delivered under pressure," Kohli had said during a virtual press conference on Tuesday.

"He looks very composed and is a very hard-working guy and very humble too. I wish him all the best.

"A left-arm bowler is always an asset on the field and if he can be consistent it will be a great thing for us heading into the World Cup next year," he added.

Virat Kohli Australia vs India 2020-21 Cricket
Get the latest updates on IPL 2021, IPL Points Table , IPL Schedule 2021 , live score . Like us on Facebook or follow us on Twitter for more sports updates. You can also download the NDTV Cricket app for Android or iOS.