Australia vs India: Ishant Sharma Working Closely With Paras Mhambrey At NCA To Get Fit For Tests, Says Report

Ishant Sharma picked up an injury during the IPL 2020 in the UAE and is currently undergoing rehabilitation at the National Cricket Academy. 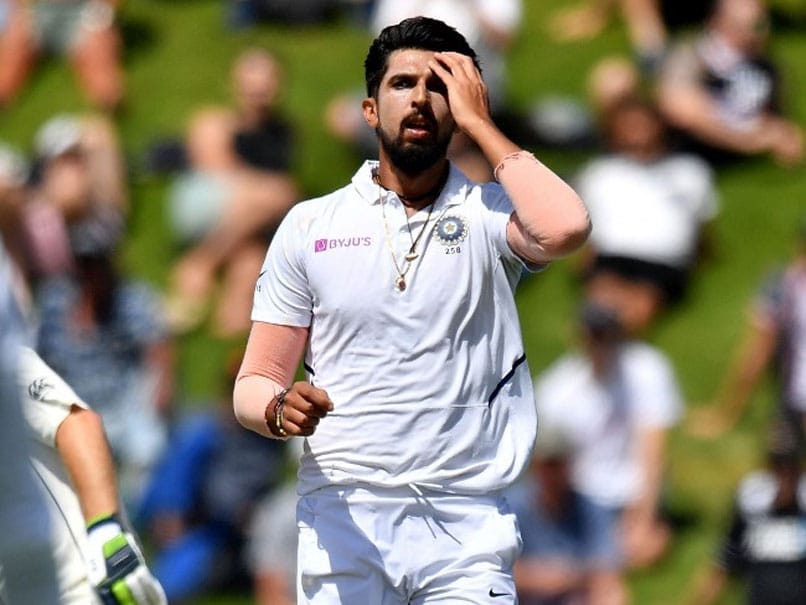 With India skipper Virat Kohli available only for the first of the four Test matches against Australia, the onus will be more on the bowlers to put the visitors in dominating positions against the Aussies. And an integral part of the Indian bowling line-up is Ishant Sharma. Out with a left internal oblique muscle tear, the pacer is working overtime to be fit in time for the Test matches.

Speaking to ANI, sources in the know of developments at the NCA said that Rahul Dravidhas taken charge to ensure that Ishant works closely with Paras Mhambrey -- the head coach of the U-19 national team and also a pace bowler during his playing days.

"As NCA head, Dravid has informed the board that Ishant is working with Mhambrey to be fit in time for the Test matches. Ishant will definitely have a big role to play and his presence will not just give India another strike bowler, but also his experience will bring a lot to the table in Kohli's absence," the source said.

Unfortunately, Ishant's stint at the NCA last time round didn't go as per plan. The pacer suffered a Grade 3 tear on his right ankle while playing for Delhi in their Ranji Trophy encounter against Vidarbha at the Arun Jaitley Stadium in January 2020.

While it was believed he was out of the New Zealand tour as he was prescribed rest for six weeks by the Delhi physio, he hit the NCA and was passed by the fitness team in Bengaluru to join the Indian squad for the two-Test series, starting February 21.

While Ishant did play the first Test, the ankle injury resurfaced and he had to skip the second Test of the series. The coronavirus-induced lockdown ensured that he had time to work on his body and get back strong for the 13th edition of the IPL for Delhi Capitals. But he again injured himself and had to fly back.

With Dravid keeping an eye on developments, one would believe that a repeat of the February episode won't take place as India need Ishant to play the full series.

The Indian squad has already arrived in Australia post the IPL and have started training for the limited-overs series which starts with the first ODI at the Sydney Cricket Ground on November 27. The two teams will also play a T20I series after the completion of the three-match ODI series.

Rahul Dravid Paras Laxmikant Mhambrey Australia vs India 2020-21 Cricket
Get the latest updates on SA vs IND 2021-22, check out the Schedule and Live Score . Like us on Facebook or follow us on Twitter for more sports updates. You can also download the NDTV Cricket app for Android or iOS.