Australia vs India: Mitchell Swepson said that bowling to a world-class batting lineup of India would pose a great challenge to him and he is looking forward to that. 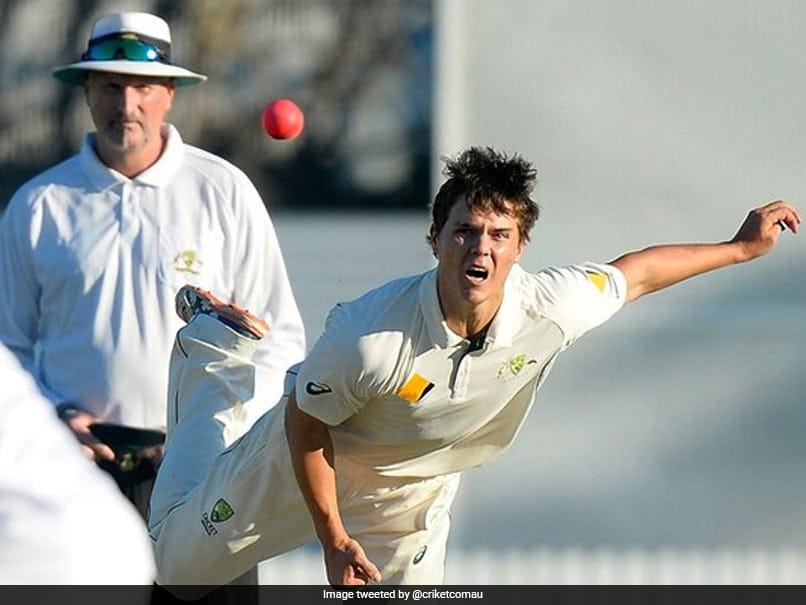 Mitchell Swepson's international career hasn't quite taken off yet.© Twitter

Australia spinner Mitchell Swepsonon Saturday said that he is preparing himself to play all four Tests against Indiaeven when he knows that Nathan Lyonis the premier spinner for the side in the longest format of the game. Swepson's international career hasn't quite taken off yet, and he might only play against India if the pitches are too spin-friendly and there is room to play two spinners together.

"Gaz [Lyon] is obviously the premier spinner, has been for a while, and has proven himself time and time again in Test matches, so I am not counting my chickens too much to getting a go above him. But the way the ball is coming out at the moment for me, I feel like I am in a really good place," ESPNCricinfo quoted Swepson as saying.

"Obviously that opportunity has to be there, and if conditions suit...you have to be ready to go no matter what. I will be preparing to play all four games. If the chance comes, I will hopefully take it with two hands, and if not, then so be it. I'm sure there will be more chances in the future," he added.

Swepson has been in fine form for Queensland in the Sheffield Shieldthis season, picking a total of 23 wickets from just three matches.

All the Shield games have taken place in Adelaide this season and he has had a greater role to play for Queensland than he would likely have back in Brisbane.

Swepson said that bowling to a world-class batting lineup of India would be a great challenge to him and he is looking forward to that.

"Hundred percent, you want to challenge yourself against the best and no secret he [Kohli] is up there with the best. For me, it's just another challenge and another thing that excites me, to be able to test myself against another great cricketer, and their whole batting is world-class, so the opportunity to bowl at those guys is just another test for myself, and a challenge I can't wait to get," Swepson said.

The first Test will be played at the Adelaide Oval from December 17 and will be a day-night affair.

Nathan Lyon Australia vs India 2020-21 Cricket
Get the latest updates on IPL 2021, check out the IPL 2021 Schedule and Indian Premier League Live Score . Like us on Facebook or follow us on Twitter for more sports updates. You can also download the NDTV Cricket app for Android or iOS.