Shane Warne said that Travis Head has a "little technique deficiency" and needs to sort that out first. 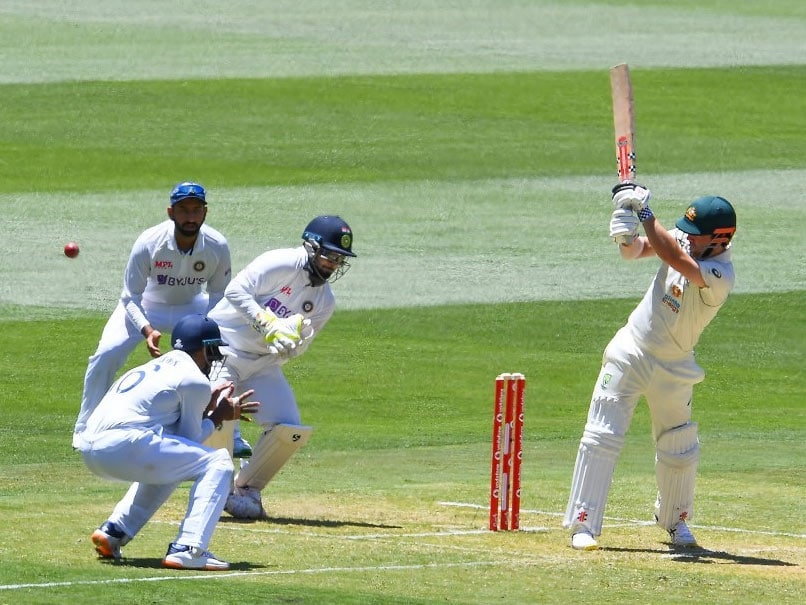 Travis Head has only scored 62 runs in the two Tests against India so far.© AFP

Former Australia spinner Shane Warne has said that he is a "bit frustrated" with how middle-order batsman Travis Head keeps on getting out in the same fashion. The four-match series between India and Australia is currently level at 1-1 and the third Test is slated to be played at the Sydney Cricket Ground from January 7. Regular openers David Warner and Will Pucovski were both injured and the duo had to miss the first two Tests against India and if both openers make their way back then Head can see himself being sidelined as Matthew Wade slides down the order.

"With the Indian attack and given Australia has only made 300 once in at least six Test matches against India, I want two proper openers -- and I've gone for two left-handers. With Bumrah and the way the Indians bowl, I think it's really important to have left-handers," Warne told Fox Cricket.

"Then it came down to Wade or Head -- and I'm a bit frustrated with Travis Head because he's getting out the same way all the time. Wade doesn't deserve to be dropped. We know what a talent he (Head) is, he's probably a future captain. He still could be, but he's got to get in the side first -- and at the moment I wouldn't have him in the side. He's got a little technique deficiency he needs to sort out first," added Warne.

Former Australia all-rounder Andrew Symonds also echoed Warne's opinion about Head and said that the left-handed batsman has been getting out while playing "nothing" shots.

"With Travis, he's probably just got to go back (to domestic cricket) and really work on how he commits (to strokes). They're just tentative shots, you can see the disappointment as he turns and walks off and thinks 'it was just a nothing shot'," said Symonds.

"When you're playing for your position, this is when you really get tested mentally. Can you clear your mind and really play in a positive (mindset), every shot you play it's got to be positive even when you're defending -- and he just looks a little bit tentative at the moment," he added.

Both the Indian and Australian line-ups moved to Sydney on Monday after every member of their respective contingent tested negative for COVID-19.

Matthew Wade Australia vs India 2020-21 Australia vs India, 3rd Test Cricket
Get the latest updates on ICC Women's Cricket World Cup 2022 and IPL 2022, check out the Schedule , Live Score and IPL Points Table. Like us on Facebook or follow us on Twitter for more sports updates. You can also download the NDTV Cricket app for Android or iOS.