"Don't Understand Why It Has To Be A Batter": Pat Cummins On Captaining Australia

Australia vs India: Pat Cummins said he saw no reason why a bowler could not captain the Australian Test side after former skipper Michael Clarke backed him as Tim Paine's successor. 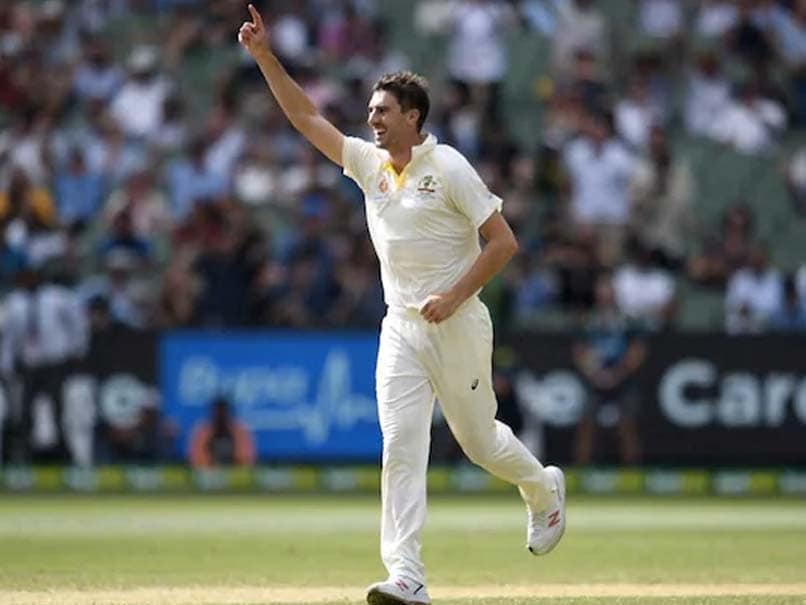 AUS vs IND: Pat Cummins has been appointed the sole vice-captain for Australia's Test series vs India.© AFP

Pat Cummins Friday said he saw no reason why a bowler could not captain the Australian Testside after former skipper Michael Clarkebacked him as Tim Paine's successor. Wicketkeeper Paine has been widely praised since taking over when Steve Smith was slapped with a ball-tampering ban in 2018, but he is 36 and there has been occasional criticism of his form.

Leadership speculation reared its head again this week when limited-overs captain Aaron Finch missed the second Twenty20 against India and Matthew Wade, rather than Smith, was tapped to become captain.

Cummins, who was rested for that game, has been appointed the sole vice-captain for Australia's four-Test series against India starting next week and Clarke is a big fan of the world's number one bowler.

"Patty's ready for it," Clarke told reporters Friday, when asked who he favoured to eventually take over from Paine. "I love that they've given him the full-time vice-captaincy."

Handing the captain's armband to a pace spearhead would be unusual, with Australia usually going for batsmen given a bowler's extra workload in the field.

The last fast bowler to captain Australia's Test team was Ray Lindwall for one game in 1956.

But Cummins said: "I have been speaking to a few people and they think out of all formats potentially Tests are easiest for a bowler to captain.

"Obviously you're busy, you're going to be out there putting a lot of effort into bowling, but there's a bit more time afforded to you, the game moves at a slightly softer pace," he told reporters on a Zoom call.

"I know there haven't been too many bowling captains, but I don't understand why it has to be a batter."

He said being backed by Clarke was "great to hear", but added: "Of course it means absolutely nothing because we have got some great captains at the moment."

Smith and Travis Head are also expected to be in the frame once Paine departs.

Cummins will line-up in Adelaide next week for the opening Test having not played red-ball cricket for 11 months -- his longest gap since his Test debut in 2011.

But he has no concerns about making the switch from the limited-overs format.

"I've been playing quite a bit, high intensity. I've played 20 games or so in the last couple of months so I feel like I'm used to playing and it's just that slight tweak as we move into longer form cricket."

Pat Cummins Tim Paine Australia vs India 2020-21 Cricket
Get the latest updates on ICC T20 Worldcup 2022 and CWG 2022 check out the Schedule, Live Score and Medals Tally. Like us on Facebook or follow us on Twitter for more sports updates. You can also download the NDTV Cricket app for Android or iOS.