Australia vs India: Pat Cummins Says "Wouldn't Be Surprised If Test Matches Against India Get A Little Fiery"

Australia vs India: Pat Cummins said matches in the upcoming Test series against India could get "a little fiery", reflecting their intense rivalry in a far cry from some friendly banters that marked the preceding limited-overs leg. 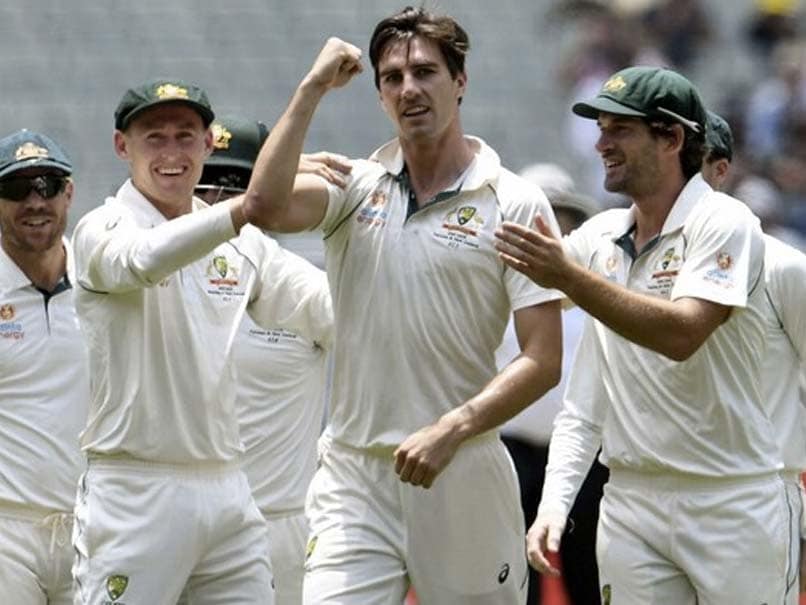 Pat Cummins said he is expecting "a bit of pace and bounce" from the wickets.© AFP

Australia's top fast bowler Pat Cumminson Friday said matches in the upcoming Test series against India could get "a little fiery", reflecting their intense rivalry in a far cry from some friendly banters that marked the preceding limited overs leg. The big-ticket four-match series begins with a day-night game in Adelaide from December 17. "I wouldn't be surprised if with the players getting baked in the sun a couple of more hours each day, the Test matches get a little fiery," Cummins said during a virtual press conference.

"I think it's (the tour) been quite friendly in terms of banter - you see a lot of smiling faces around. That said, you see a lot of quick bowling out there, lots of batters taking the game on.

"So, I won't say that the actual match play has been overly friendly, it's been really competitive and hard.

"How we play the game reflects who we are as people and for the most part, the Aussie team is a pretty relaxed bunch, we like a bit of a laugh, so let's see what happens in this series."

One of the world's best fast bowlers, Cummins is looking forward to the challenge of bowling to Indian captain Virat Kohli, who has already become one of the game's greats after a decade of brilliance with the bat.

"I'm happy I don't have to bowl to Steve Smith. I saw Kane Williamson's double hundredlast week. So, I'm pretty glad I'm not playing there (in New Zealand) as well.

"I think when you are in the moment, you try and maybe lift (the rivalry with the opposition batsman) a little bit. You sense it at the wicket when someone walks out there."

He has grown up watching legendary duels between the likes of Glenn McGrath and Brian Lara.

"In terms of how it affects the overall storyline, I don't think about it too much. But growing up as kids, they are the kind of contests that you tuned into TV.

"I remember (Glenn) McGrath bowling to (Brian) Lara; you had to watch it because you knew something was going to happen. I like being in those moments, let's see what happens this summer."

Seen as future Australia skipper, Cummins also said he doesn't see any problem with a bowler captaining a team in international cricket.

"I feel out of all formats, Tests are the easiest for a bowler to captain. You are busy and you got to be out there... putting a lot of effort into your bowling.

"That said, there's a bit of time that's afforded to you in Tests, the game moves at a slightly softer pace. I know there haven't been too many bowling captain's but I don't understand why it has to be a batter..."

Cummins is expecting "a bit of pace and bounce" from the wickets when his side takes on India in the upcoming series.

"First of all, just a fair balance between bat and ball. I don't think a Test match where a team can go and bat and get 600 runs is good viewing for anyone, so hopefully a really fair contest.

"Obviously here in Australia we want conditions that reflet Australia and I think the best Test matches here have been when it's got a bit of pace and bounce in the wickets.

"Adelaide Oval here is been a really good wicket each time I have played, so that's what I'd be asking for bit of pace and bounce and hopefully bit of spin for (Nathan) Lyon too," said Cummins when asked what kind of surfaces he would like to have.

Cummins was specifically asked whether the Aussie quicks had made any plan for India's Test specialist Cheteshwar Pujara. Pujara had been Australia's nemesis when the Indians visited Down Under last time.

"To be honest, we haven't really spoken yet, we have only got into the camp a couple of days, so I am sure we will sit down and have couple of meetings, and like we do in most training sessions, as bowlers we talk with each other and come out with some plans.

"I'll concentrate on what I do well as a bowler and same for other guys, of course you might tweak your plans, slightly for a certain batter, but hopefully couple of years on, we are all little-bit better equipped as bowlers and see what happens."

Pujara was bowled in the first warm-up game by Australian pacer Micheal Nasser, and Cummins said he had seen the highlights.

"As bowlers we are worried about what we want to do and of course it (the short-ball) is a weapon that we like to use, of course here in Australia as well slightly bouncier wickets, trying to push the batter back, so we will see what happens.

"I can't see it being too much of being a headline grabber this summer."

Cummins played his last Test against New Zealand in January earlier this year, but he said that has been playing games.

"The good things this time around we have got 8-9 days leading here in Adelaide. So today I probably got out there and bowl 8 overs or so, simulating a Sheffield Shield match, so I don't see too much of problem as long as I am playing and bowling quite a bit (with) high intensity.

"... Played 20 (matches) or so in last couple of months, so I feel like I am used to playing a game, its slight tweaks as we move into longer form of cricket," he signed off.

Cheteshwar Pujara Australia vs India 2020-21 Cricket
Get the latest updates on ICC Women's Cricket World Cup 2022 and IPL 2022, check out the Schedule , Live Score and IPL Points Table. Like us on Facebook or follow us on Twitter for more sports updates. You can also download the NDTV Cricket app for Android or iOS.