Australia vs India: Mitchell Starc Ruled Out Of T20I Series On Compassionate Grounds

Mitchell Starc has left the Australian camp with the blessing of coach Justin Langer after being informed of an unspecified family illness. 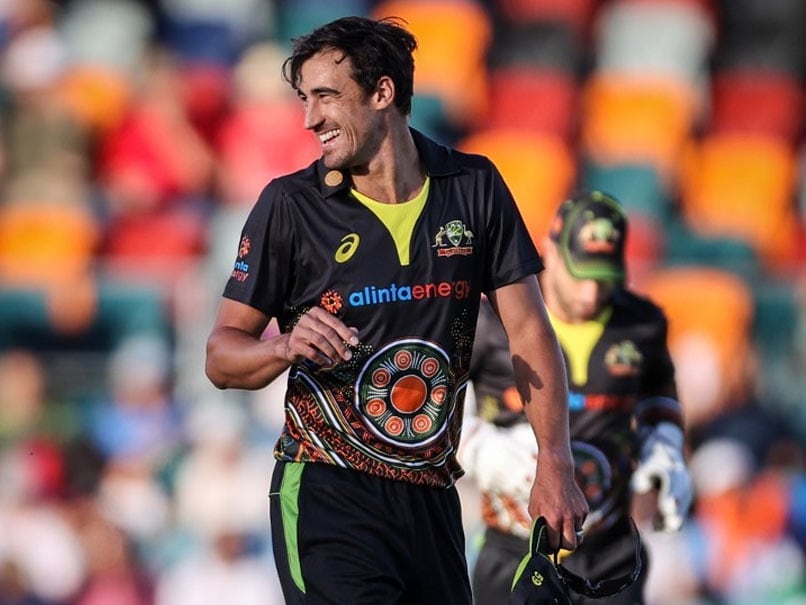 Mitchell Starc has been ruled out of the final two T20I games vs India on compassionate grounds.© AFP

Australian fast bowler Mitchell Starc was Sunday ruled out of the final two games of their Twenty20 International series with India on compassionate grounds in another blow to the team. Starc has left the Australian camp with the blessing of coach Justin Langer after being informed of an unspecified family illness. "We will give Mitch all the time he needs and welcome him back into the squad with open arms whenever he feels the time is right for him and his family," said Langer.

His withdrawal is the latest change to Australia's limited-overs squad in the past week with David Warner and Ashton Agar both out injured, while pace spearhead Pat Cummins is being rested.

Opening batsmen D'Arcy Short and spinners Mitch Swepson and Nathan Lyon have been added to the squad.

India won the opening Twenty20 international on Friday in Canberra by 11 runs, with the second match later Sunday in Sydney and the final match of three on Wednesday.

The first of four Tests starts on December 17 in Adelaide.

Mitchell Starc Justin Langer Australia vs India 2020-21 Cricket
Get the latest updates on Fifa Worldcup 2022 and check out  Fifa World Cup Schedule, Stats and Live Cricket Score. Like us on Facebook or follow us on Twitter for more sports updates. You can also download the NDTV Cricket app for Android or iOS.