Australia vs India: The opening day of the Boxing Day Test between Australia and India will witness a special tribute to former Australia batsman Dean Jones, who died in September in Mumbai. 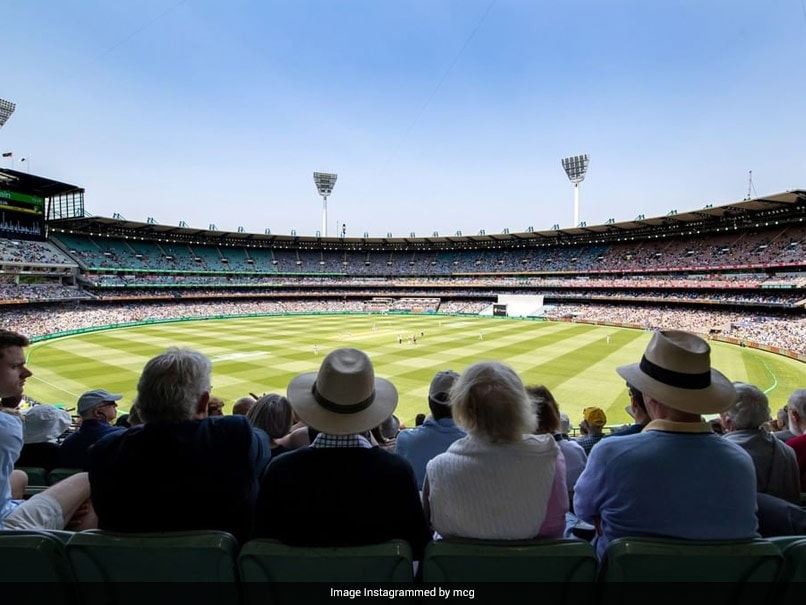 The MCG has planned a special tribute to Dean Jones during the tea break on Day1.© Instagram

The opening day of the Boxing Day Test between India and Australia on Saturday will witness a special tribute to former Australia batsman Dean Jones, who died in September in Mumbai. Ahead of a planned commemoration of Jones' life during the tea break at the Melbourne Cricket Ground (MCG), Jane Jones has confirmed the cause of her husband's death was not a heart attack, but a catastrophic stroke, The Sydney Morning Herald reported.

The Victorian Coroner is now investigating, with the family keen to find out whether any head knocks he took while batting during his illustrious career, or a car crash he was involved in Melbourne shortly before his death, had been factors.

"It is actually under a coroner's inquiry at the moment, not that they think there is anything other than what they have found, but just that he was a bit young to have the stroke the way it happened," The Sydney Morning Herald quoted Jane as saying.

Dean was given a private farewell lap on the MCG's hallowed turf, his favourite ground, as part of his memorial by his devastated family in October during Melbourne's lockdown. But now comes a time when his hometown fans who enjoyed his thrilling innings over the years can pay their respects.

Earlier this year, the former Australia cricketer turned commentator died in Mumbai. He represented Australia in 52 Tests and 164 One-Day Internationals. Dean was also a stalwart of Victorian cricket during the 1980s and 1990s and retired as the state's leading first-class run-scorer. He went on to become a highly-regarded coach and commentator.

Earlier in the day, India named their playing XI for the second Test. The visitors made four changes as Shubman Gill comes in for Prithvi Shaw, Ravindra Jadeja for Virat Kohli, Rishabh Pant for Wriddhiman Saha and Mohammed Siraj for Mohammad Shami.

Gill and Siraj are set to make their debut in the longest format of the game. Virat Kohli will miss the remaining series as he was granted paternity leave by the BCCI to be with wife Anushka Sharma for the birth of their first child. In Kohli's absence, Ajinkya Rahane will lead the Indian side.

Melbourne Cricket Ground Australia vs India 2020-21 Cricket Australia vs India, 2nd Test
Get the latest updates on Fifa Worldcup 2022 and check out  Fifa World Cup Schedule, Stats and Live Cricket Score. Like us on Facebook or follow us on Twitter for more sports updates. You can also download the NDTV Cricket app for Android or iOS.