AUS vs IND: Kuldeep Yadav, who was part of the winning squad during 2018-19 tour, said that team's performance matters the most rather than the opponent's strengths. 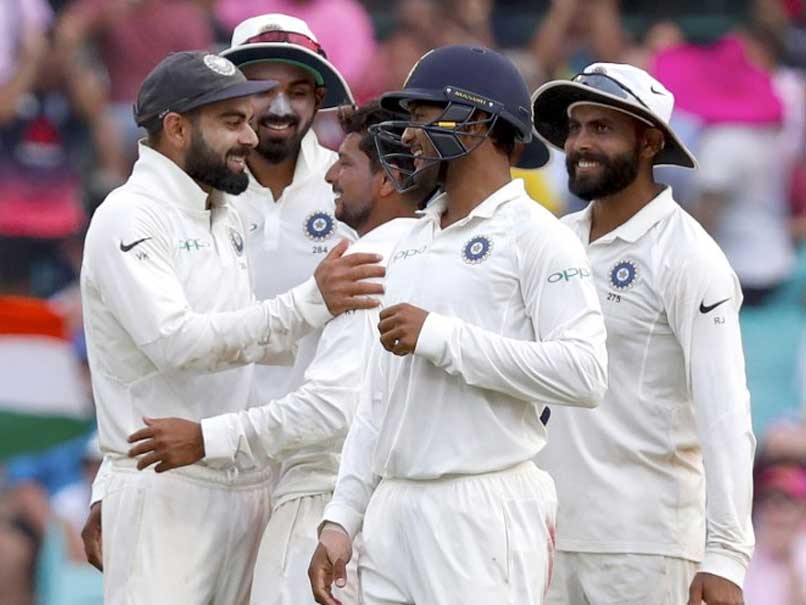 AUS vs IND: Kuldeep Yadav was part of Indian Test side that won their first series Down Under.© AFP

Ahead of the much-awaited Test series against Australia, India spinner Kuldeep Yadav feels that the team can replicate the success of the 2018-19 tour if fast bowlers and batters show the same intent as they did last time Down Under. During the 2018-19 tour, Virat Kohli-led India had managed to beat Australia 2-1. This was the first time that India won a Test series Down Under. Kuldeep, who was part of the winning squad, said that team's performance matters the most rather than the opponent's strengths.

"You need to win Test matches to win a series. We won two of them and could have won the fourth one too had there been no rain. The criticism holds no merit. Whenever you are playing against a team, your own team's performance matters the most. So instead of looking at the other team - who they have in their squad, and who they don't - it makes more sense to talk about your own team. We did well, and hence we won the Test series. If our fast bowling works well and we perform as prolifically with the bat as we did the last time, we will win this time too," the leg-spinner told Kolkata Knight Riders' official website.

At that time, Australia were without the services of David Warner and Steve Smith as they were banned for one year for their involvement in the ball-tampering scandal against South Africa. But the duo is available for the series now however, Warner will miss the first game due to an injury in his adductor muscle.

"Yes, their team has now improved with the return of the experienced David Warner, Steve Smith and the likes of Marnus (Labuschagne), who has really done well for them in recent times. But last time too, their team was good but we played really some really good cricket to win. Looking forward to the challenge once again, it's going to be a great contest," Kuldeep said.

On the pace and bounce rich pitches of Australia, Kuldeep believes that spinners will play a vital role in the pink-ball Test as it will become difficult to read the ball under lights.

"I feel it's difficult to read spinners at night because if a spinner uses variations it's not always easy to spot the seam position of the ball. That can be an advantage for us. I have never experienced a pink ball match outside India. So, it will be exciting to see how it goes." he said.

"It'll be unfair to say spinners haven't dominated in Australian conditions, there have been many instances when spinners have done well down under. It completely depends on how quickly you adapt to, and read the conditions. A lot of us, having played so much T20 cricket of late, will have to be patient when playing Test cricket. Mental toughness is very important. When switching to the longer format, you sometimes tend to try too many things too quickly. Wickets don't come easy in Test cricket, so patience is the key," the spinner added.

The first Test of the four-match series, beginning on December 17 will be played at the Adelaide Oval and it would be a day-night contest. Australia have the best-record in day-night Tests as they won not lost a single match playing with the pink ball.

Kohli will be playing just the first Test against Australia as he will return home after being granted the paternity leave by the Board of Control for Cricket in India (BCCI).

India batsman Rohit Sharma is also all set to join the squad after clearing the fitness test at the National Cricket Academy (NCA). Rohit was rehabilitating and training at NCA since November 19 following a high-grade left hamstring injury he suffered during the Indian Premier League (IPL).

The opening batsman will be available only for the third and fourth Test of the series, as he will complete his quarantine period mid-way during the second Test.

Kuldeep Yadav Australia vs India 2020-21 Cricket
Get the latest updates on ICC T20 Worldcup 2022, check out the Schedule and Live Score. Like us on Facebook or follow us on Twitter for more sports updates. You can also download the NDTV Cricket app for Android or iOS.